No crock of gold at the end of the rainbow nation 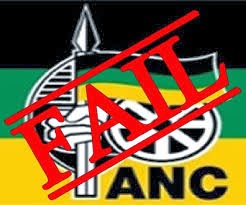 April 27 marked the 20th anniversary of South Africa's first democratic elections. Many things have improved in South Africa since 1994, to be sure. State racism has ended. People have rights. Yet, everyday life for most South Africans remains a struggle and with it the sense of disappointment that accompanies it, given the gap between the expectations of liberation and the state of abjection that the majority continues to inhabit.

South Africa's unemployment rate in 1994 was 13 percent - so bad that most were convinced it could only get better. Yet today it is double that, at about 25 percent. And that's according to official statistics; a more reasonable figure, according to most analysts, is probably closer to 37 percent. The situation is particularly bad for young people. The Economist recently reported that "half of South Africans under 24 looking for work have none. Of those who have jobs, a third earn less than $2 a day."

South Africa also boasts a reputation for being one of the most unequal countries in the world. Not only has aggregate income inequality worsened since the end of apartheid, income inequality between racial groups has worsened as well. According to the 2011 census, black households earn only 16 percent of that which white households earn. About 62 percent of all black people live below the poverty line, while in the rural areas of the former homelands this figure rises to a shocking 79 percent.

In 2006, still 70 percent of South Africa's land was under the control of whites, who constitute a mere 10 percent of the population. The ANC's Black Economic Empowerment programme has succeeded in minting new black millionaires (South Africa has 7,800 of them now), but can't seem to manage the much more basic goal of eliminating poverty.

South Africa's mineral wealth, including some of the richest seams of gold, platinum, and coal in the world, remain in the hands of corporations such as British-owned Anglo American. The finance sector, which has ballooned to a dangerously large 21 percent of the country’s GDP, remains mostly monopolised by four white-owned conglomerates.

The World Bank and the IMF have long praised South Africa for its accomplishments since 1994, and friendliness toward foreign direct investment. The apartheid National Party was determined that the transition would not undermine key corporate interests in South Africa, specifically finance and mining. They were willing to bargain away political power so long as they could retain control over the economy. And so they did. The ANC retreated from its position on nationalisation and an IMF deal signed just before the transition deregulated the financial sector and clamped down on wage increases. The central bank, left in the hands of the old apartheid bosses, was insulated from democratic politics and its mandate limited to targeting inflation instead of employment or growth.

The National Party only managed to extract these concessions because they had successfully divided the resistance movement between moderate elites, such as Thabo Mbeki, who had spent many years in exile, and the more radical activists who were at the forefront of the struggle within South Africa itself. The latter were largely unrepresented in the economic negotiations, while the former enjoyed a sort of royal treatment, including a now infamous series of secret meetings in the United Kingdom with major figures in mining and finance. Mbeki, a self-proclaimed Thatcherite, was easy to convince. He already believed in the basic neoliberal principles that the National Party were hoping to institute.  For him, the route to prosperity for the new nation depended not on nationalisation and redistribution, but on global market integration and foreign investment, which would supposedly grow the economy and trickle down to the poor.

Still, when the ANC assumed power in 1994 it implemented a progressive policy initiative known as the Reconstruction and Development Programme (RDP). The RDP was designed to promote equitable development and poverty reduction, mostly through public investment and the mass rollout of social services to connect millions of people to housing, electricity, water, and clinics. This was abandoned a mere two years later.  Mbeki and then Finance Minister Trevor Manuel held clandestine discussions with World Bank advisors toward drafting a new economic policy known as GEAR (Growth, Employment, and Redistribution, even though it accomplished precious little of the latter). It was implemented in 1996 despite significant resistance from within the unions. GEAR amounted to neoliberalism: more privatisation, lower trade barriers, and looser financial controls.

When the ANC came to power with a landslide vote in 1994, they did so on the promises of the Freedom Charter. Penned in 1955, the Freedom Charter expressed South Africans' demands for the right to work, housing, freedom of movement, and - most radically - economic justice. "The national wealth of our country, the heritage of South Africans, shall be restored to the people," the Charter reads. "The mineral wealth beneath the soil, the Banks and monopoly industry shall be transferred to the ownership of the people as a whole, [and] all other industry and trade shall be controlled to assist the wellbeing of the people." Most South Africans agree that these promises have been betrayed.

South Africa is ablaze with discontent, earning it the title of "protest capital of the world". Early this year some 3,000 protests occurred over a 90-day period, involving more than a million people. South Africans are taking to the streets, as they give up on electoral politics. This is particularly true for the young: Nearly 75 percent of voters aged 20-29 did not participate in the 2011 local elections. So far the protests have been focused on issues like access to housing, water, electricity, and other basic services, but it won't be long before they coalesce into something much more powerful, as they did during the last decade of apartheid. There are already signs that this is beginning to happen. The Economic Freedom Fighters, founded by Julius Malema, the corrupt former leader of the ANC Youth League, is successfully mobilising discontented youth and making a strong push to nationalise the mines and the banks. NUMSA, the metal workers union, recently broke ranks with the ANC in a historic turn that could open the way for a labour-based opposition to the ruling party for the first time since 1994.

The government's response has been a mix of police repression - including the recent massacre of 44 striking miners at Marikana - and the continued rollout of welfare grants, which now provide a vital lifeline to some 15 million people. The grants are a stop-gap solution to the failure of trickle-down economics, a way of papering over the contradictions of South African capitalism; everyone is aware that without them poverty and inequality would be so unbearable that the country's already tenuous sense of social stability would come crashing to an end. The ANC's legitimacy is beginning to unravel and consent among the governed has begun to thin as the ANC scrambles to shore up its symbolic connection to the liberation struggle.

The revolution that brought us the end of apartheid has accomplished a great deal, to be sure, but it has not yet reached its goal. Liberation is not yet at hand. What is democracy if it doesn't allow people to determine their own economic destiny or benefit from the vast wealth of the commons? What is freedom if it serves only the capital interests of the country's elite?

Adapted from AlJazeera article by Jason Hickel, lecturer at the London School of Economics

Posted by ajohnstone at 1:36 AM