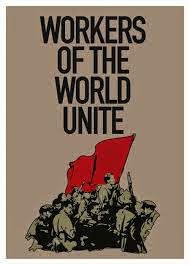 Protesters have stormed Burkina Faso’s parliament and set its main chamber ablaze in the most significant challenge ever to the President’s 27-year rule in one of the world’s poorest countries. A vast crowd tried to storm the home of the President’s brother and overran other state buildings. Earlier, police had pushed the crowds back with tear gas, but they regrouped in larger numbers, surged past police lines and broke into the parliament building. Crowds also attacked the homes of government ministers in the country’s second-largest city, Bobo-Dioulasso.State television and radio went off air.

The demonstrators had wanted to block a vote in parliament that would have allowed President Compaoré to seek a fifth term. Demonstrators shouted, “It is over for the regime” and “We do not want him again”.

Posted by ajohnstone at 2:06 AM