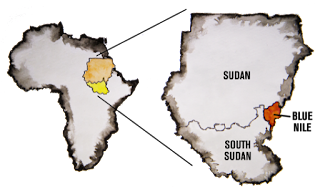 In the southeastern corner of Sudan a little-known struggle has succeeded in depopulating an entire region. Blue Nile sits on the southern frontier of Sudan, where war has raged for more than 60 years. The fight is a continuation of the struggle that birthed the world's newest nation, an independent South Sudan, in 2011. Blue Nile holds great promise. It sits on a literal gold mine and the land is the most fertile in the country. But a lifetime of war has bought nothing but suffering. There is not yet a path to peace – all attempts have fizzled.

It’s also a humanitarian crisis that has been compounded by the evacuation of all international aid organisations. A spluttering peace process, is denying people desperately needed food aid; and explains how the economic lifeline of locally mined gold and gum arabic is smuggled north, to profit a government trying to crush the rebellion.

The notorious Janjaweed militia are being redeployed to Blue Nile as a paramilitary wing of the regular army. 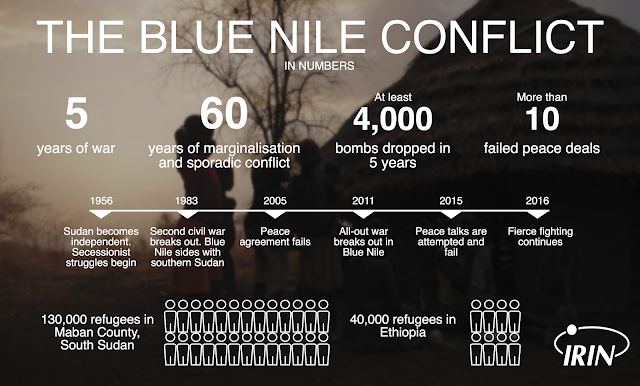 Posted by ajohnstone at 4:07 AM