Whose New Year? Our New Year. A Year of New Opportunities 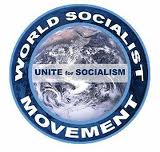 As the old year closed, a mood of foreboding and pessimism pervaded. It is not so much the spectre of socialism haunting the world but the demons of nationalism. It’s now 2017 and mankind is moving along a path that nobody chose or wants to travel along. We are literally heading towards the edge of the abyss. People are facing food insecurity and mass hunger. Millions have become refugees. Impoverished communities are taking the route of radical extremism and violence. The billionaires don’t fare well either and are beginning to fear a world where starving hordes could storm their gated enclaves and where conditions spread disease that fences and walls cannot keep out. Reformers of capitalism sentence humanity to spend the future fighting a battle that cannot be won. It is our duty to make the real socialist revolution today. If we do not, the door will close. There will be nothing left to debate over - population growth and resource shortages will make sure of that.

Through our journal, the Socialist Standard, the leaflets we distribute, our open meetings, lectures and study groups, in the coming year we hope to provide an educational counterbalance to the perceived “wisdom” of the capitalist intellectuals and media. Merely reforming capitalism to leave it intact is sentencing humanity to spend the rest of eternity fighting battles that cannot be won. There will be nothing left to debate over – climate change will make sure of that. Political literature and propaganda are a vital part in the process of increasing class awareness amongst African workers. Marxism an explanation of capitalism and society but it also demands we educate ourselves and others and place ourselves at the heart of the revolutionary struggle to change the world.

The Socialist Party embraces our human qualities - education, culture, wisdom - over capitalism’s ethos of property and possessions. Our success is measured, not by the pursuit of wealth and profit, but rather by who and what we are, and how we affect those around us. 2017 presents us with a unique opportunity to change the direction of humankind. We all have serious choices to make. We can create a socialist world - or at least lay down the foundations for our children or their children to do so.