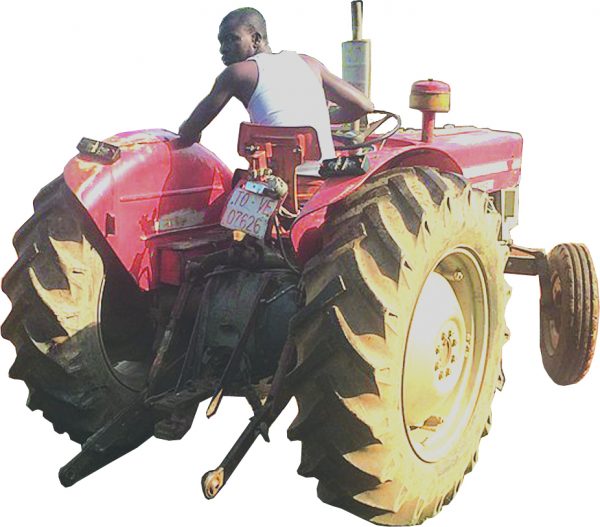 The perception of many in the developed countries is that Africa is always associated with poverty, disease, famine and war. It is as if the Four Horsemen of the Apocalypse have made the continent their personal domain.


Yet Africa has considerable riches.


Africa has long been known for its resource abundance in both agriculture and mineral resources. The ore deposits are so abundant that some of it has yet to be discovered. To date, though, Africa has struggled to translate these resources into shared wealth and sustained economic development. South Africa’s potential mineral wealth is estimated to be around $2.5tn, while the mineral reserves of the Congo are thought to be worth $24tn. In natural resources, Africa is still largely unexplored. There is so much natural wealth on the continent that a great deal of it is as yet untapped.


However, most of the continent’s existing natural resources are owned and exploited by foreign, private corporations. There is a common view that believes the wealthier countries are helping and aiding the undeveloped and developing nations in Africa, but such an outlook ignores the imbalance of trade and the relationship that exists with the extractive industries that dominate the African economy.


More wealth leaves Africa every year than enters it. It was calculated that African countries received $162bn in 2015, mainly in loans, aid and personal remittances. But in the same year, $203bn was taken from the continent through multinationals using subsidiaries to transfer profits into tax havens. Trade mis-pricing, that is, transfer pricing, and trade mis-invoicing, over-reporting of costs and under-reporting production output are the most common ways companies seek to maximise profits artificially through maximising expenses in high-tax jurisdictions and maximising income in low-tax jurisdictions. This enables corporations to minimise tax payments and transfer the funds abroad. This is compounded by overly generous tax concessions provided by governments, often under duress. Local political elites, in collusion with the foreign corporations, siphon off the proceeds from the continent’s wealth – lining their own pockets, to the detriment of ordinary Africans.


On a continent with an abundance of arable land, Africa imports billions of pounds worth of basic foodstuffs and still many parts there are not food secure. There is absolutely no reason for Africa to be food insecure. Farming in Africa could theoretically become a major breadbasket for the world. Africa has 65 percent of the world’s remaining arable land. Its vast savannahs are estimated at 400 million hectares. only 10 percent of which is cultivated. The Guinea Savannah, an area across many countries, has the potential to turn Africa into a bulk food producer.


Africa could feed itself and could help feed the world, too. The world is not winning the war against global hunger. Climate change is already worsening the situation, especially in sub-Saharan Africa. The challenge is not a technical issue but rather a question of which type of society we need for production to take place. At the moment the techniques used to cultivate the soil still lag behind what has been adopted in other parts of the world. Improved grain varieties exist which produce harvests that are larger and drought and disease resistant. The structure of agriculture itself can be changed. Smart farming with the use of mobile phones and GPS can give farmers information and advice. New techniques in agriculture such as agro-ecology are proven to be more productive. We know it is possible to restore exhausted soils and damaged ecosystems. In many parts of Africa, the potential for restoration is enormous. Increasing climate change resilience requires greater irrigation and more efficient water management. Over 90 percent of agriculture depends on rainfall, with no artificial irrigation aid. Many small farmers lack access to mechanisation. Equipment such as cold storage and packaging can end the waste of food rotting and ease the transport to the cities and other regions. The technology and the techniques are there. All it requires to harness them is a change in the basis of society so that food can be produced to directly feed people.


We can end and we must end global poverty. We have the solutions for addressing malnutrition. Food produced in Africa could make a big contribution to this. Millions of African farmers need no longer be poor or endure precarious lives. Africa has the land, water and people needed to be an efficient agricultural producer.


Under capitalism and without a change in the economic structure there is good reason to fear the projected rise in Africa’s population. Nevertheless, such a rise should not necessarily be treated as a curse. The share of Africa’s working-age population is rising faster than any other region and it will have a larger potential workforce than either China or India. It is not a matter of an extra mouth to feed but an extra pair of helping hands and another brain to think.


The time is ripe for Africa to make better use of its natural resources but capitalism’s drive for capital accumulation and profits at the expense of people’s consumption precludes long-lasting, sustained prosperity in Africa and will not permit it to bear fruit. Looking at Africa from a socialist perspective, we see the situation is far from hopeless. Africa is one of the most important places for the future and its people among the most useful and needed in the world. The potential is enormous.
https://www.worldsocialism.org/spgb/socialist-standard/2020/2020s/no-1387-march-2020/material-world-africas-food-potential/
Posted by ajohnstone at 3:00 AM