The Oil Pollution in Niger Delta 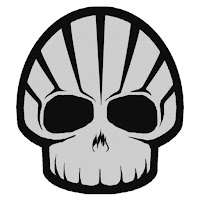 In 2011, a ground-breaking report by the UN Environment Programme (UNEP) on oil pollution in Ogoniland highlighted the devastating impact of the oil industry in the Niger Delta and made concrete recommendations for clean-up measures and immediate support for the region's devastated communities.

Now, nearly ten years later, a new report published Thursday by Friends of the Earth Europe, Amnesty International, ERA, and Milieudefensie, details Shell's failure to implement the "emergency measures" laid out by UNEP and says only 11% of contaminated areas in the Niger Delta have begun the clean-up process.

"After nine years of promises without proper action and decades of pollution, the people of Ogoniland are not only sick of dirty drinking water, oil-contaminated fish and toxic fumes," said Godwin Ojo of Environmental Rights Action/Friends of the Earth Nigeria. "They are sick of waiting for justice," Ojo added. "They are dying by the day."

Shell Oil has dumped an estimated nine to 13 million barrels of crude oil into the Niger Delta since 1958.

"Oil and gas extraction has caused large-scale, continued contamination of the water and soil in Ogoni communities," said Friends of the Earth in a statement. "The continued and systematic failure of oil companies and government to clean up have left hundreds of thousands of Ogoni people facing serious health risks, struggling to access safe drinking water, and unable to earn a living."

"The discovery of oil in Ogoniland has brought huge suffering for its people," said Osai Ojigho of Amnesty International Nigeria. "Over many years we have documented how Shell has failed to clean up contamination from spills and it’s a scandal that this has not yet happened." The ecological damage, Ojigho added, "is leading to serious human rights impacts—on people’s health and ability to access food and clean water. Shell must not get away with this—we will continue to fight until every last trace of oil is removed from Ogoniland."

The new report concluded that:
https://www.commondreams.org/news/2020/06/19/shell-must-not-get-away-niger-delta-still-waiting-big-oil-clean-devastating