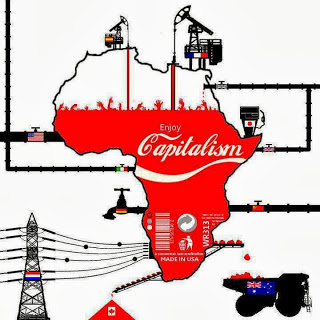 Much of Africa has been battered by climate-related disasters. Cop26 is a chance for the biggest polluters to set up a compensation fund.

But since 2009, the impacts of the climate crisis have accelerated. Africa has endured a long list of climate-related disasters – drought, flooding, landslides, famine, destruction and death – rocking all parts of our continent. Aside from the innumerable personal tragedies, the crisis is causing billions of dollars of economic damage. There is no mitigation that can undo this damage, and further harms will continue as a result of world emissions.

There is no money to pay for this devastation. These areas are no longer insurable – the risk is too high. But money to repair and deal with the consequences of extreme weather has to come from somewhere.

“Loss and damage” is the term used in UN climate negotiations to refer to compensation for the most affected countries for what has been inflicted on them. For years the richest nations have blocked any progress on loss and damage at UN summits, but now it is unavoidable.

A recent analysis identified the countries historically responsible for the climate crisis. We know who did this – but they don’t want to pay the bill. Rich countries providing finance only for the mitigation of our emissions and protections against future impacts is no longer enough. Climate-vulnerable countries need funds to deal with the loss and damage we are suffering now.

Fossil fuel companies should also pay for the loss and damage they have caused. They have made billions of dollars in profits selling products they knew could drive humanity to an existential crisis. For decades they have run lobbying campaigns to question science they knew was true, and to prevent the climate action that would have saved many lives.

It has to go beyond the gesture of guaranteeing the $100bn they promised 12 years ago. The polluters who decided to sacrifice our lives for their own profits, whether corporations or governments, should pay.

Posted by ajohnstone at 3:10 AM