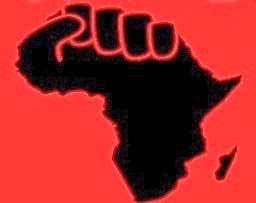 Next week the Association of Mineworkers and Construction Union will move to strike at two of the world's top three platinum producers. Their members are demanding a "living wage," which would imply a doubling of salaries,12,500 rand ($1,200) minimum monthly wage.

"That 12,500 is nothing compared to these profits. Why do they invest this profit in London instead of investing back to where the workers are?" said AMCU president Joseph Mathunjwa.

Last week, Thebe Maswabi, who chairs Amcu’s branch at Anglo American Platinum, rallied workers to break away from Amcu. Mr Maswabi was particularly scathing about Amcu’s leader, Joseph Mathunjwa, whom he accused of enriching himself at the expense of workers. Mathunjwa has managed through loans to exercise control over many people, even senior managers, according to people close to his dealings. Yet, they describe him as a capitalist at heart, who is forever seeking money-making opportunities. Critics say, for example, that he will sometimes drive an agenda — such as pension fund membership — because there are brokerage fees to be gained. Mathunjwa is described as a smooth talker who comes across as sincere and a supporter of capitalist practices. “In this manner, he normally wins the trust and support of managers, sometimes to their own detriment,” they said.

Amcu’s achilles tendon — its poor organisational ability — has opened the door for worker committees seeking to take advantage of the gaps. If Amcu is now not delivering as these workers expected, then the union will be rejected. And these workers are unlikely to want to revert to NUM, which would leave the gap open for a new union.

Said one labour analyst: “It would not be surprising if the Economic Freedom Fighters (EFF) takes advantage of this situation, and forms its own union in opposition to the Amcu and the NUM. The EFF is very active in the area, particularly among the unemployed and the youth,”

Posted by ajohnstone at 2:31 PM