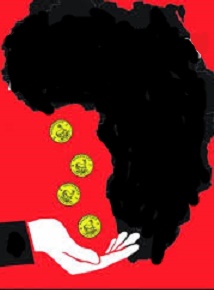 Most of Africa’s population and its poor depend on agriculture. There is a consensus in Africa that agriculture is one of the keys to achieving sustainable and inclusive growth. Despite its current low production, its high poverty, and the looming threat of climate change, Africa is uniquely placed to be a rising agricultural leader.

Arezki, Denininger, and Selod in a report called the ‘Global Land Rush’ find that a country’s attractiveness to foreign investors correlates directly to large amounts of uncultivated land with the potential to generate significant output. Now, where on planet Earth would we find such a treasure? Well, Africa accounts for about 60 percent of the world’s arable land, and most of its countries do not achieve 25 percent of their potential yield. No wonder, therefore, that there has been an increased interest on large-scale investment in agriculture in Africa.

Africa has not yet achieved its “green revolution,” the initial jump in a region’s agricultural productivity and because of current its low cereal yields—the lowest in the world—it is experiencing a food deficit. In fact, the region spent more than $30 billion to import basic grains in 2011 according to the FAO. For every $1 it earns today in agricultural exports (mainly coffee, cotton, and cocoa), the region spends nearly $2 on agricultural imports, mainly food.
Posted by ajohnstone at 2:51 AM