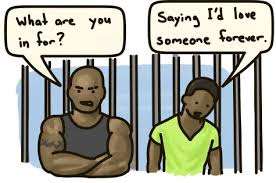 Prosecutors in the northern Nigeria state of Kaduna have charged a group of 53 people with conspiring to celebrate a gay wedding.

Homosexual acts are banned in socially conservative Nigeria and are punishable by up to 14 years in jail. Nigeria has an influential Christian evangelical movement in the south and strong support for Islamic law in the north, both of which oppose homosexuality.

The ban on homosexuality, brought into effect in 2014, is used by some police officers and members of the public to legitimise abuses against lesbian, gay, bisexual and transgender (LGBT) people, according to Human Rights Watch (HRW).
"Extortion, mob violence, arbitrary arrest, torture in detention, and physical and sexual violence" are common against people suspected of homosexual activities, HRW said in a 2016 report.
Posted by ajohnstone at 2:07 AM