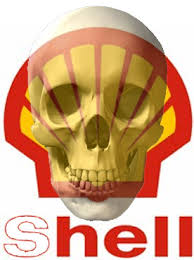 Amnesty International says Shell and Eni have failed to properly address serious oil spills in the Niger Delta region, worsening an already serious environmental crisis. The organization said the companies were "taking weeks to respond to reports of spills and publishing misleading information about the cause of and severity of the spills, which may result in communities not receiving compensation."

Oil spills in the Niger Delta region have brought misery to locals for many years. The valuable resource which was supposed to be a blessing for their communities has now become a curse.

Tammy Williams also lives in the oil region. She accuses international oil companies of not being considerate of the indigenous population and causing massive pollution in the area.

James Awani, an indigenous resident of Ogoniland — a region which was impacted by a reported 2,976 oil spills between 1976 and 1991 — told DW how the spills have affected his livelihood:
"You go to our farm and see that oil has destroyed many things. We cannot farm again, so we are very hungry."
Aniko Briggs, an environmental activist in the Niger Delta region, says  "My organization also collects data: we physically go into the areas of spills. We have documentation going back almost 20 years of different spills across the Niger Delta River state Bayelsa and Delta State. From this we can show very clearly that it does not just take weeks but sometimes months for the oil company to respond to reports of spills. If you look at the fact that the pipes were laid almost 60 years ago — those pipes are still underground — they were laid at a time when the technology we have today was not in existence where you can very quickly detect a spill."
http://www.dw.com/en/nigeria-amnesty-international-accuses-oil-giants-of-negligence-in-niger-delta/a-43010304

Posted by ajohnstone at 6:52 PM