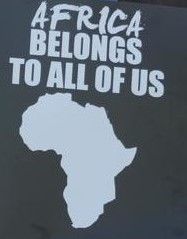 The destruction in the town district of Kapende, where no house remains occupied or intact, marked the culmination of three days of violence in Lucapa, a sprawling mining town in the northeast of Angola surrounded by some of the world’s richest diamond fields.

About 300,000 Congolese have fled Angola in the last few weeks, many of them in response to the violence in Lucapa. For many in the town, the violence was shocking in an area that had turned a blind eye to Congolese migration and where digging for diamonds provided a living. Although illegal, Lucapa’s diamond trade was not hidden.

Reuters has pieced together the events of Oct. 3, 4 and 5, detailing for the first time the ethnic violence, police action and looting that forced half the city to flee to the border and into Democratic Republic of Congo. The accounts of death and pillage contradict assertions by the Angolan government that Congolese migrants are returning home voluntarily and that only one person died, in a traffic accident. Reuters was unable to establish how many people died in Lucapa, but witnesses said the toll was at least eight. An Angolan security source with knowledge of the operation said between 10 and 14 had been killed. Congolese who fled Lucapa and were interviewed by Reuters across the border said the number was higher. It remains unclear how many deaths were the result of police fire or of ethnic violence, but at least three people were killed by law enforcement, according to witnesses.

Angola denied accusations of massacres and abuses, with Pedro Sebastiao, Minister of State for Presidential Security and head of Operation Transparency, saying: “They are completely false, the claims of massacres, abuses and violations committed by the authorities or by Angolan people.” and that Angola is instead asserting its right to ensure national security and protect its natural resources. Angola says the effort, which it calls Operation Transparency, is part of a drive to reform the diamond sector and increase revenues from the country’s second largest export after oil.

Corneille Mbala, a 42-year-old mining supervisor. A group of locals from the Tchokwe tribe burst into houses of Congolese migrants on the morning of Oct. 3.
“They threatened to kill me and my wife,” Mbala said. “We fled, leaving everything we possessed behind.” He said five of his friends were killed by the mob in Roque that morning, butchered with machetes.

The authorities had been using local Angolans from the Tchokwe community to spy on the town’s Congolese, witnesses said. A few informers began looting houses of those that had left. Others joined and a mob formed, threatening occupied homes. The Tchokwe people, dominant in this part of Angola, have long resented Lucapa’s immigrant Congolese community, many of them from the Pende tribe. They said they resented their arrogance, flashy cars and fancy clothes - bought with money from diamond digging. While the bosses built luxury homes, most of Lucapa lived in squalor. Mountains of trash run through town. Poorer neighbourhoods are reachable only by motorbike, along narrow muddy paths.

“This was one of the last places in the world you could become a millionaire overnight,” said Jorge Felix, a 50-year-old Cuban who works on legitimate diamond projects in the area. “But none of the money stayed here. There’s no water, no electricity, nothing.”

On Oct. 4, the Congolese fought back. Many grabbed machetes to defend themselves from looting. Reports spread that the Pende were arming themselves with bows and venomous arrows, according to local residents. About 200 Congolese men marched shouting towards the main police station sometime before midday, two eyewitnesses said. The group clashed with Angolans outside a school, with a young girl slashed in the head with a machete. She later died in hospital, the sources said. Police fired warning shots and dispersed the crowd. Fighting continued to flare up across town. An Angolan security source with knowledge of the operation said Lucapa police called the provincial capital Dundo for back-up. The law 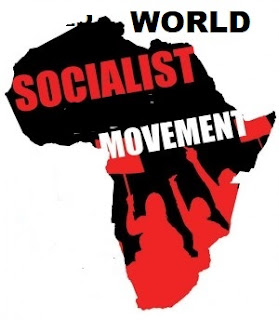 enforcement that arrived to restore order were the Rapid Intervention Police (PIR), an elite heavily-armed branch. members of the PIR and Chacal, Angola’s Israeli-trained special forces branch, entered the neighbourhoods of Kapende and Santa Isabel. In Kapende at least one man was killed by law enforcement, according to eyewitnesses, while in Santa Isabel at least two died at the hands of the authorities.

With their homes looted, the Congolese left in droves.

Posted by ajohnstone at 3:16 AM