The Unemployment Crisis in Nigeria 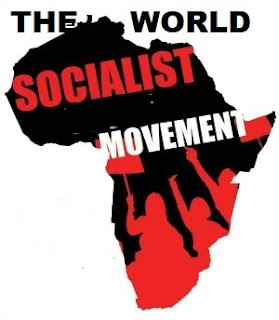 Nigeria’s growing population of 200 million people has a median age of just 18. With unemployment among the world’s worst and those under 35 hit hardest, young Nigerians see their prospects rapidly diminish. Almost half of working-age Nigerians under 35 are either unemployed or underemployed – working part-time when they would like to be full time.

Since 2015, Nigeria has endured one of its worst economic slumps in a generation. Two recessions since 2016 – driven by a combination of the government’s economic policies, a collapse in oil prices, and the Covid-19 pandemic – have inflicted prolonged misery. The economic challenges are stark and affect people across the age spectrum, but the rise of youth unemployment has been among the most troubling factors.

The unemployment rate has quadrupled since 2015 to become one of the worst globally. At the end of last year, 23 million people – or 33% of working-age people looking for work – were recorded as unemployed.

“The number of jobs are shrinking and the number of people looking is growing everyday,” said 46-year-old Julius Oshie, a job agent. He continues, “The other problem is that the type of jobs available are not what many young people see as beneficial to them. They are jobs that they take to survive, not to get on in life,” he said. “Cleaning jobs, bar jobs, ‘house helps’ [maids]. And it’s not just the poorer masses taking these jobs. It’s the aspirational classes, the more highly educated,” he said. “It’s been like this for a long time, it’s just you can say it’s getting worse.”

Oshie gestured to a stack of CVs at the end of his desk. “I have people with top degrees in very technical, impressive subjects – physics, statistics – and they come here and after years without work in their field, they’re going to low earning jobs, paying less than 30,000 naira per month,” he said.

27-year-old Favour Obi graduated in 2016 with a first-class degree in biomedical sciences and what felt like reasonable hopes for a career in medical research. Now she is waiting tables at a fast-food restaurant in Lagos. Her job for the past three and a half years pays 35,000 naira (£60) a month, just above Nigeria’s minimum wage and barely enough to live on. It was initially meant to be temporary.

“But it’s been years now and I’m still here."

Attaining a university degree is a dominant aspiration in Nigerian culture, which venerates academic achievement and excellence. Many people see higher education as a route out of poverty, yet in practice university qualifications are not working for many young people, said Tokunbo Afikuyomi, the editor of Stears Business, an economic analysis company based in Lagos. “We have a situation where the more middle class and educated class are struggling to find work. The unemployment rate of those who left secondary school is lower than the unemployment rate of those who left university,” he said.

The Special Public Works scheme – the largest such programme in the country’s history – will provide 750,000 three-month jobs to unemployed graduates this year.

But Afikuyomi said the benefits the scheme were limited. “With jobs, they can’t be created by force,” he said. “If you’re not building enough houses, or infrastructure you get a situation where you create a jobs programme where people only have jobs for a fixed period, then they’re unemployed again.”

Young, qualified and barely scraping by – inside Nigeria’s economic crisis | Nigeria | The Guardian