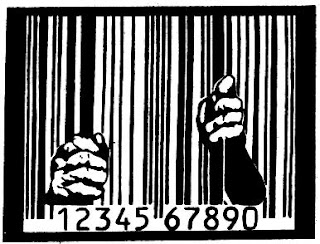 Up to a third of adults in Uganda have been excluded from vital healthcare and social services because they do not have national ID cards.

Women and elderly people have been particularly affected by the introduction of the digital identity cards, which are required to access government and private sector healthcare, to claim social benefits, to vote and to open bank accounts or buy sim cards.

The report, published by three human rights organisations, estimates that between 23% and 33% of Uganda’s adult population do not have ID cards, which were introduced by the National Identification and Registration Authority (Nira) in 2015.

Many of the cards issued include errors, said the report. Correcting mistakes or replacing lost or stolen cards costs at least 50,000 Ugandan shillings (£10). More than 40% of Uganda’s population live on less than £1.30 a day.

Posted by ajohnstone at 2:13 AM