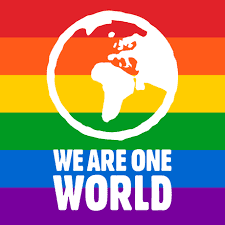 The proposed legislation, The Promotion of Proper Human Sexual Rights and Ghanaian Family Values Bill 2021 is directed against people who are different because of their sexual orientation, or gender identity, but could also affect anyone who expresses support or sympathy toward LGBT friends, coworkers, family members or neighbours. The bill represents a witch-hunt against LGBT people in Ghana.

Let us consider what the provisions would look like if it was applied to, say, Christians. Imagine a law that required anyone who knew a Christian to report them to the police. A Christian who admitted it would face three to five years behind bars. If she said it was okay to be Christian, six years. If she had proselytised in any way, or shared any information about Christianity, five to 10.

If she provided a meeting space for her congregation or raised funds to support her church community, five to 10 years. If she allowed a Christian to stay in her house, three to six years. If she sent a tweet with the symbol of the cross, or a Facebook posting with an image of Noah’s Ark, five to 10, for her and the social media platform’s owners. If anyone else, perhaps a Muslim neighbour, publicly said that they supported her Christian denomination, up to 10 years. This is no exaggeration. This is what the proposed law says. But it does not apply to Christians, it applies to anyone who does not conform to arbitrary and subjective sexual and gender norms.

This proposed law tramples on the most fundamental human rights.  A 2018 Human Rights Watch report found that LGBT Ghanaians are still frequently victims of physical attacks and have little recourse to justice as many are afraid to approach the police for fear of being exposed.

In every society, across time and place, some people gravitate toward members of the same sex, and some people do not conform to prevailing gender norms. How we understand these differences, and the meaning we give to them, are infinitely variable. But they are part and parcel of human experience. For instance, in southern Ghana, the term supi refers to intimate relations between women, though cloaked in secrecy. Some say that a generation of activists, not content to live their lives in the shadows, have broken unwritten laws of silence and discretion. The bill seeks to restrict communication on social media, in a futile attempt to stop the circulation of images, ideas and information that lawmakers say embolden LGBT activists.

The bill’s sponsors are from the opposition National Democratic Congress party. It is a familiar tactic — scapegoating a minority, basking in the publicity, and using the ensuing moral panic to enhance political stature. Anyone opposed to the bill is cast as morally suspect. Elsewhere in Africa there has been promoted discriminatory laws such as a Nigerian law that punishes “displays of affection” between same-sex couples.

They are self-serving politicians, attacking the weakest and most vulnerable for short-term political gain. They ought to be pariahs.

Posted by ajohnstone at 2:41 AM