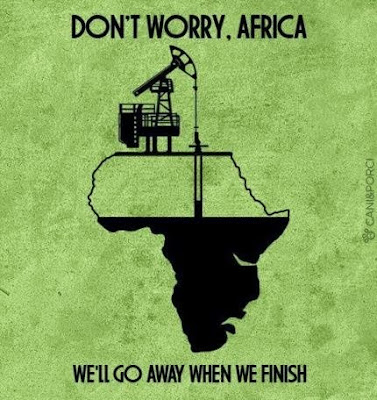 "We will witness instability in rainfall, disease spreading, sea-level rise and floods. One other effect of climate change is to send Africans further and further to seek water. This brings them into conflicts with other Africans. We will face wars on African soil that are not created in Africa." These were the words of Tosi Mpanu-Mpanu, the former chairperson of the Africa Group at the United Nations on climate change.

The Climate Crisis is forcing people to migrate, leave their homes and occupation. Climate change threatens to cause one of the biggest refugee crises of all time.  It's being observed in Africa. Migration as a result of climate change is not isolated to the southern parts of Africa. The Horn of Africa and Sahel regions have experienced among the worst climate change-induced famines, forcing people to seek refuge in other countries. Millions have been affected. Experts say poverty, failing ecosystems, vulnerability to natural hazards and gradual environmental changes have always been linked to migration. The effects of warming and drying in some regions will reduce agricultural potential and undermine the provision of clean water and the availability of fertile soil. The increase in extreme weather events such as heavy rains and resulting flash or river floods in tropical regions will affect even more people and generate mass displacement.  A sea-level rise will permanently destroy extensive and highly productive low-lying coastal areas that are home to millions of people who will have to relocate permanently. Its main impacts are escalating humanitarian crises, rapid urbanization and associated slum growth, and stalled development.

Africa has an abundance of renewable energy sources which, if fully harnessed, could boost power generation in the region. According to the African Development Bank (AfDB), the continent has the potential to become a "gold mine" for renewable energy due to the abundant solar and wind resources that are now hugely sought after by international investors in their quest for clean energy. Africa is slowly turning to renewable energy sources such as solar, hydro and wind - which are less polluting to the environment compared to other forms such as coal. African farmers are making changes to their crop and livestock varieties that are more variable and tolerate extreme conditions.

It is a start and demonstrates the possible potential for the future - but we all understand that the hurdle is always capitalism and the need to make profits. For a real change for the better, we need socialism

Posted by ajohnstone at 2:00 AM