Is this really the future for Africa farming? 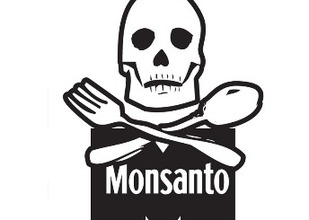 “Basically this is disaster capitalism. The disaster of hunger and drought, climate change and policy-related, is now a profit opportunity for Monsanto and Syngenta..." Joan Baxter, a journalist who has spent years reporting on climate change and agriculture in Africa. Baxter sees a problem in how GM technology is being marketed, and slowly introduced, into African countries, under the guise of ending famine. With climate change becoming an increasingly influential factor in the GM debate, Baxter said companies claiming to help are only looking for profit. "The farmers [in Africa] may lose their own seeds, perhaps be given GM seeds for a year or two, then have to purchase them and be stuck in the trap and in debt,” she said.

In recent years, donors such as the Bill and Melinda Gates Foundation have invested millions of dollars into researching, developing and promoting genetically modified (GM) technology, including drought-resistant maize, within the country — and have found a great deal of success in doing so through partnerships with local NGOs and government bodies. Researchers and lobbyists argue that in a country so frequently stricken by food shortages, scientific advancements can put food into hungry bellies. Drought-resistant seeds and vitamin-enriched crops could be agricultural game changers, they say.

Monsanto-patented seeds are usually costly, which has led to numerous accusations of exploitation and contemporary colonialism. But how long will these particular strains of seeds last? What are the guarantees? Critics fear dependence on corporate fertilizers and pesticides, the emergence of super-weeds and pests that can no longer repel GM varieties, and terminator seeds that only last for one planting season.

AGRA Watch, a project of the Community Alliance for Global Justice, director Heather Day said  “Genetically modified crops actually haven’t been that successful,” Day added. “We’ve seen massive crop failure in South Africa, and farmers there couldn’t get financial remedies or compensation for their losses. There’s genetic resistance and super-pests, these things are happening now, and it’s not surprising. It’s what you would expect from an ecological standpoint."

In India, for example, farmers who purchased Bollgard I cotton seeds from 2007 to 2009 wound up spending four times the price of regular seeds, and paying dearly for it. It was believed that Monsanto’s patented GM seeds would be resistant to pink bollworms, which were destroying cotton crops across swaths of India, but by 2010 Monsanto officials were forced to admit that the seed had failed and a newer breed of far more aggressive pests had emerged. The solution? Bollgard II, an even stronger GM cotton seed. As of December 2011, Monsanto was actively promoting the latest Bollgard III cotton seed, stronger than ever before. Pesticide spending in India skyrocketed between 2007 and 2009, forcing thousands of farmers into crushing debt, and hundreds more into giving up their land. Some media outlets later drew a connection between the Bollgard debacle and a rash of suicides across farms that had purchased the seeds.

Agriculture dominates Kenya’s economy, although more than 80 percent of its land is too dry and infertile for efficient cultivation. Kenya is the second largest seed consumer in sub-Saharan Africa, and Nairobi is a well-known hub for agricultural research. According to the Ministry of Agriculture, farming is the largest contributor to Kenya’s gross domestic product, and 75 percent of Kenyans made their living by farming in 2006. Half of the country’s total agricultural output is non-marketed subsistence production — meaning farms where nothing (or very little) is sold and everything is consumed.

Kenya is a country where land-grabbing is all too common, be it on the coast to make way for new tourist resorts, or in Nairobi, where slum demolitions left hundreds homeless when the government bulldozed several apartment buildings to reclaim an area near the Moi Air Base.

Farmers here are skeptical of risking everything for a few seasons of higher yields.

Anne Maina, advocacy coordinator for the African Biodiversity Network (ABN), a coalition of 65 Kenyan farming organizations, said “Our public research institutions must shift their focus back to farmers’ needs,” she told The Indypendent, “rather than support the agenda of agribusiness, which is to colonize our food and seed chain. We believe that the patenting of seed is deeply unethical and dangerous.” Added to the potential problems with GM technology are health risks—the strains of maize that were illegally imported in 2010 had been deemed unsafe for children and the elderly. Maina also worries about animal feeding trials that showed damage to liver, kidney and pancreas, effects on fertility, and stomach bleeding in livestock that has consumed GM feed. A more recent study carried out on pregnant women in Canada found genetically modified insecticidal proteins in their blood streams and in that of their unborn children, despite assurances from scientists that it wasn’t possible. “Our key concern is that the development of insecticides and pesticides is primarily the emergence of companies getting farmers to buy highly toxic chemicals, which they will become totally dependent on. We don’t yet know the extent of the health risks posed, nor how we are expected to trust companies that have a record of putting small farmers out of business. It is time for sober second thought,” she said.

At the McLaughlin-Rotman Centre for Global Health in Toronto, researchers recently released a report titled “Factors in the adoption and development of agro-biotechnology in sub-Saharan Africa.”  and came to the conclusion that “poor communication is affecting agbiotech adoption,” and that “widespread dissemination of information at the grassroots level and can spread misinformation and create extensive public concern and distrust for agbiotech initiatives.” The report was financed by a grant by the Gates Foundation.