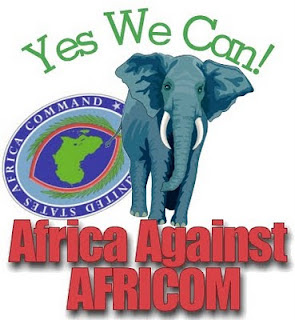 A brigade will deploy to Africa next year in a pilot program that assigns brigades on a rotational basis to regions around the globe, the Army announced in May. Roughly 3,000 soldiers — and likely more — are expected to serve tours across the continent in 2013, training foreign militaries and aiding locals. As part of a “regionally aligned force concept,” soldiers will live and work among Africans in safe communities approved by the U.S. government, said Maj. Gen. David R. Hogg, head of U.S. Army Africa. 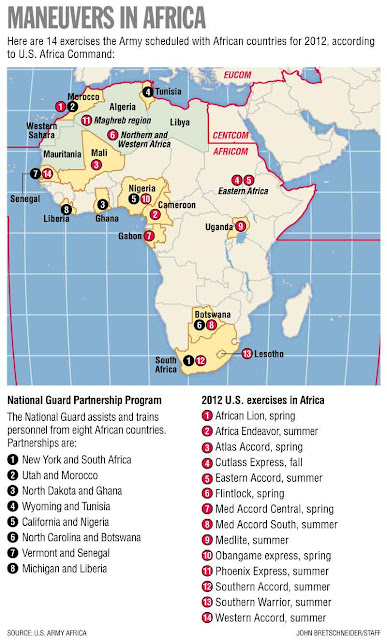 Posted by ajohnstone at 3:47 PM