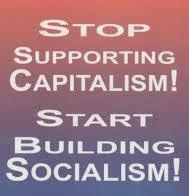 Ethiopia was a country defined by its famines, particularly between 1983-1985 when in excess of half a million people starved to death as a consequence of drought, crop failure and a brutal civil war.  In recent years, Ethiopia has been experiencing stellar economic growth. The headline statistics are certainly remarkable: the country is creating millionaires faster than any other in Africa; output from farming, Ethiopia’s dominant industry, has tripled in a decade; the capital Addis Ababa is experiencing a massive construction boom; and the last six years have seen the nation’s GDP grow by a staggering 108 percent.

Around 90 percent of the population of 87 million still suffers from numerous deprivations, ranging from insufficient access to education to inadequate health care; average incomes are still well below $1500 a year; and more than 30 million people still face chronic food shortages.

There are a number of positive and genuine reasons for the growth spurt - business and legislative reforms, more professional governance, the achievements of a thriving service sector - many critics say that the growth seen in agriculture, which accounts for almost half of Ethiopia’s economic activity and a great deal of its recent success, is actually being driven by an out of control ‘land grab', as  multinational companies and private speculators vie to lease millions of acres of the country’s most fertile territory from the government at bargain basement prices.

According to a host of NGO’s and policy advocates, including Oxfam, Human Rights Watch and the Oakland Institute, the true consequences of the land grabs are almost all negative. They say that in order to make such huge areas available for foreign investors to grow foodstuffs and bio-fuels for export - and in direct contravention of Ethiopia’s obligations under international law - the authorities are displacing hundreds of thousands of indigenous peoples, abusing their human rights, destroying their traditions, trashing the environment, and making them more dependent on food aid  than ever before.

"The benefits for the local populations are very little," said renowned Ethiopian sociologist Dessalegn Rahmato. "They’ve taken away their land. They’ve taken away their natural resource, because these investors are clearing the land, destroying the forest, cutting down the trees. The government claims that one of the aims of this investment was to enable local areas to benefit by investing in infrastructure, social services … but these benefits are not included in the contract. It's only left up to the magnanimity of the investor." Investors, he continued, are simply not interested in anything other than serving their own needs: "They can grow any crop they want, when they want it, they can sell in any market they want, whether it’s a global market or a local market. In fact most of them are not interested in the local markets.” He cited as an example a massive Saudi-owned plantation in the fertile Gambella region of south west Ethiopia, a prime target area for investors: "They have 10,000 hectares and they are producing rice. This rice is going to be exported to the Middle East, to Saudi Arabia and other places. The local people in that area don’t eat rice."

But the most controversial element of the government’s programme is known as 'villagisation' - the displacement of people from land they have occupied for generations and their subsequent resettlement in artificial communities. In Gambella, where two ethnic groups, the Anuaks and the Nuers, predominate, it has meant tens of thousands of people have been forced to abandon a traditional way of life.

Moot, an Anuak farmer who now lives in a government village far from his home, explains "When investors showed up, we were told to pack up our things and to go to the village. If we had decided not to go, they would have destroyed our crops, our houses and our belongings. We couldn't even claim compensation because the government decided that those lands belonged to the investors. We were scared … if you get upset and say that someone stole your land, you are put in prison. If you complain about being arrested, they will kill you. It's not our land anymore; we have been deprived of our rights."

The Ethiopian government shows no sign of scaling the programme back. According to the Oakland Institute, since 2008, an area the size of France has already been handed over to foreign corporations. Over the next few years an area twice that size is thought to be earmarked for leasing to investors.

From Al Jazeera
Posted by ajohnstone at 12:19 PM