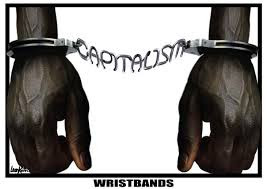 “Poverty has become part of me,” says 13-year-old Aminata Kabangele from the Democratic Republic of Congo. “I have learned to live with the reality that nobody cares for me.”
Aminata, who fled her war-torn country after the rest of her family was killed by armed rebels and now lives as a as a refugee in Zimbabwe’s Tongogara refugee camp in Chipinge on the country’s eastern border. She told IPS that she has had no option but to resign her fate to poverty. “I have descended into worse poverty since I came here in the company of other fleeing Congolese and, for many children like me here at the camp, poverty remains the order of the day.”

Despite the United Nations’ Millennium Development Goal (MDG) of eradicating extreme poverty and hunger, African children still stand as the number one victims of suffering and destitution across the continent.  “In every country you may turn to here in Africa, children are at the receiving end of poverty, with high numbers of them becoming orphans,” Melody Nhemachena, an independent social worker in Zimbabwe explained.

Based on a 2013 UNICEF report, the World Bank has estimated that up to 400 million children under the age of 17 worldwide live in extreme poverty, the majority of them in Africa and Asia. According to human rights activists, the growing poverty facing many African families is also directly responsible for the fate of 200,000 African children that the United Nations estimates are sold into slavery every year.

“Many families in Africa are living in abject poverty, forcing them to trade their children for a meal to persons purporting to employ or take care of them (the children), but it is often not the case as the children end up in forced labour, earning almost nothing at the end of the day,” Amukusana Kalenga, a child rights activist based in Zambia, told IPS. West Africa is one of the continent’s regions where modern-day slavery has not spared children.

According to Mike Sheil, from Anti-Slavery International, for many families in Benin – one of the world’s poorest countries – “if someone offers to take their child away … it is almost a relief.”

Global March Against Child Labour, a worldwide network of trade unions, teachers’ and civil society organisations working to eliminate and prevent all forms of child labour, has reported that a 2010 study showed that “a staggering 1.8 million children aged 5 to 17 years worked in cocoa farms of Ivory Coast and Ghana at the cost of their physical, emotional, cognitive and moral well-being.”

“Trafficking in children is real. Gabon, for example, is considered an Eldorado and draws a lot of West African immigrants who traffic children,” Gabon’s Social Affairs Director-General Mélanie Mbadinga Matsanga told a conference on preventing child trafficking held in Congo’s southern city of Pointe Noire in 2012. Gabon is primarily a destination and transit country for children and women who are subjected to forced labour and sex trafficking, according to the U.S. State Department’s 2011 human trafficking report.

In Africa’s most populous country, Nigeria, a study of child poverty showed that over 70 percent of children are not registered at birth while more than 30 percent experience severe educational deprivation. According to UNICEF Nigeria, about 4.7 million children of primary school age are still not in school. “These boys and girls, some as young as 13-years-old, serve in the ranks of terror groups like Boko Haram, often participating  in suicide operations, and act as spies,” Hillary Akingbade, a Nigerian independent conflict management expert, told IPS. “Girls here are often forced into sexual slavery while many other African children are abducted or recruited by force, with others joining out of desperation, believing that armed groups offer their best chance for survival,” she added.

Last year, the United Nations reported that the recruitment of children in South Sudan’s on-going civil war was “rampant”, estimating that there were 11,000 children serving in both rebel and government armies, some of who had volunteered but others forced by their parents to join armed groups with the hopes of changing their economic fortunes for the better.
Posted by ajohnstone at 9:00 AM