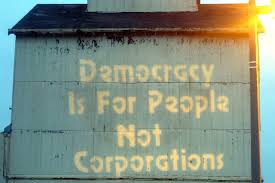 Those that read our companion blog, Socialism Or Your Money Back will be aware that it has posted several times about investor-state dispute settlement (ISDS). We read in this article how it effects Africa.

African countries have been active in concluding international investment treaties. According to the United Nations Conference on Trade and Development (UNCTAD), as of end 2013, 793 bilateral investment treaties (BITs) have been concluded by African countries, representing 27% of the total number of (BITs) worldwide. Several African countries are actively negotiating additional agreements. For example: the Southern African Customs Union is negotiating with India and the East African Community, including Burundi, Kenya, Tanzania, and Uganda, are in discussions with the United States.

However, African countries are increasingly subject to investor-state dispute settlement (ISDS) cases, including claims that challenge the regulatory actions of host countries in a wide range of areas, including public services and race relations. Out of all cases registered under the International Centre for Settlement of Investment Disputes (ICSID), Sub-Saharan Africa accounts for 16% of these cases. In 2014, cases against Sub-Saharan Africa amounted to 20% of the overall number of new cases brought under ICSID during that year.

Since 2006, several African countries, including Ghana, Congo DR, Zambia, Liberia, Zimbabwe, Guinea, Cote d’Ivoire, Malawi, Sierra Leone, Burkina Faso, Kenya, Tanzania and Madagascar have taken actions in terms of regulatory or institutional changes, including amending laws or initiating the renegotiation of contracts with mining firms or indicated an intention to take one or both steps. In the case of African countriesthe expansion of international investment agreements could carry significant risks to policy space and policy tools necessary for industrialization and development. In the case of African countries, this implies risks to the potential use of sectoral policies to support and promote African countries’ industrialization objectives.

Much of the recent debate and controversy in regard to the international investment protection regime have revolved around their implications on policy space that developing countries need to promote development. The rising number of ISDS cases revealed how the rules established under international investment agreements, and the way they have been expansively interpreted by private investment arbitrators, encroach on government’s ability to regulate in the public interest.

The majority of the ISDS cases registered at ICSID are in the gas, oil, and mining sector; out of all the ISDS cases registered at ICSID until 2014, 26% were concentrated in the oil, gas, and mining sectors. This figure is 35% for the year 2014 alone. By contrast, in the year 2000, there were only three pending ICSID cases related to oil, mining, or gas.Through resorting to investor-state dispute settlement (ISDS) mechanisms, investors are challenging a broad range of government measures, not only challenging outright expropriation. Investors brought cases in relation to revocations of licenses (e.g., in mining, telecommunications, tourism), alleged breaches of investment contracts, alleged irregularities in public tenders, changes to domestic regulatory frameworks (gas, nuclear energy, marketing of gold, currency regulations), withdrawal of previously granted subsidies, tax measures and other regulatory interventions.

Similarly, ISDS have increasingly been used by investors in the extractive industries in several African countries, challenging governmental reform action, such as policy against speculation in the oil industry as well as tax measures. For example, Vanoil Ltd., a Canadian oil company, threatened to bring a case against Kenya after failure to secure extension of a pair of production-sharing contracts for onshore oil exploration in Kenya. African Petroleum Gambia Limited brought a case (contract-based) against Gambia disputing termination of hydrocarbon licenses for exploration of oil. Total E&P Uganda BV (Dutch), subsidiary of French company Total S.A., brought a claim in relation to a stamp duty imposed by the Uganda Revenue Authority on the acquisition of stakes from London-listed Tullow Oil.

The problem of the investment protection regime is multilayered and is rooted in the following deficiencies: an imbalance in the provisions of the investment treaties (including broad definitions of investment and investor, free transfer of capital, rights to establishment, the national treatment and the most-favoured-nation (MFN) clauses, fair and equitable treatment, protection from direct and indirect expropriation and prohibition of performance requirements), which focus on the investors‘ rights and neglect investors‘ responsibilities, while often lacking express recognition of the need to safeguard the host states‘ regulatory authority; vague treaty provisions, which allow for expansive interpretation by arbitrators and for the rise of systemic bias in favour of the investors in the resolution of disputes under investment treaty law.

Such trends are often not in line with the original intent of the States negotiating the treaty; the investor-state dispute settlement mechanism, which is led by a network of arbitrators dominated by private lawyers, whose expertise often stem from commercial law. Arbitrators have asserted jurisdiction over a wide range of issues, including regulatory measures on which constitutional courts had made a decision in accordance with the national law.

The way the ISDS system has operated so far generates deep concerns in regard to democratic governance and accountability; the lack of transparency and available public information on ISDS procedures limit the space of public participation and accountability. Currently 608 ISDS cases are known.

However, since most international investment agreements allow for fully confidential arbitration, the actual number is likely to be higher. Within this context, claims or threats by investors to bring forward a claim against a particular state are increasing.

Several countries, both developed and developing, have been reviewing their approach to investment treaties, including looking at ways of reducing their legal liability under bilateral investment treaties (BITs), especially given the surge in investor-to-state dispute cases (ISDS) from these treaties.

According to the UNCTAD, at least 40 countries and four regional integration organizations are currently or have been recently revising their model of international investment agreements[5], and at least 60 countries have developed or are developing new model IIAs since 2012[6]. UNCTAD points out that ”the question is not whether to reform or not, but about the what, how and extent of such reform“.

Developing countries seeking to reform their approach to investment protection treaties have reviewed their existing international investment agreements and their implications. Some have set a moratorium on signing and ratifying new agreements during the time of the review. Some countries like South Africa, Indonesia, Ecuador and Bolivia chose to withdraw from all or some treaties. South Africa chose to replace BITs with a new national Investment Act entitled Promotion and Protection of Investment Bill, that clarifies investment protection standards consistent with the South African constitution. Indonesia chose to develop a new model BIT, so did India.. Ecuador reverted to investment contracts as the main legal instrument defining the relation with investors, including setting clear obligations on the investor, such as performance requirements. Some states are pursuing alternatives at the regional level, through developing model rules that take into consideration the developmental concerns
Posted by ajohnstone at 4:31 AM