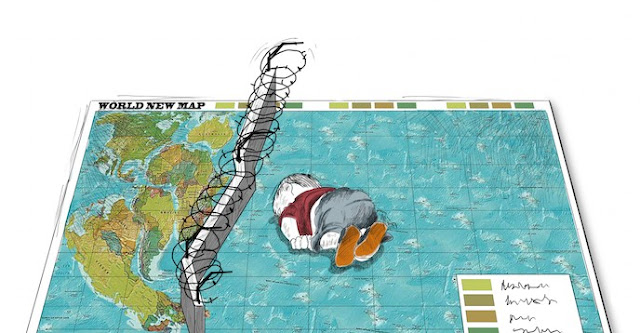 African migration toward Europe is both inevitable and a positive phenomenon, said Africa's first female president and Nobel Peace Prize laureate Ellen Johnson Sirleaf, calling for an end to the perception of migration as a "crisis".

"We believe that the statistics, the research and reports are clear, that African migration has had a very positive impact," Johnson Sirleaf told the Thomson Reuters Foundation. "Not only for Africa but for the countries in which they are hosted because they do bring diversity, they bring culture... and they also contribute to the life of the country," she said.
Migration policies are often based on misperceptions, said Johnson Sirleaf. Population growth has caused the flow of migrants to increase in recent years, sparking fears in Europe, she said.
Africans make up only 14 percent of global migration flows and the vast majority stay within the African continent. About 65 percent of the world's migrants come from Europe and Asia. African migrants are mostly young and educated and almost half are women, the report says. They spend approximately 85 percent of their incomes in the host country.
"These are people moving across borders carrying skills, carrying capital, carrying technology, information, creating jobs, paying taxes," said Johnson Sirleaf.
Migrants and refugees reaching Europe by sea have fallen from more than a million at the peak in 2015 to about 140,000 people last year, according to U.N. data.
Thousands are trapped in Libya, where reports of slavery and abuse are common, since Europe has taken measures to prevent them crossing the Mediterranean.
Johnson Sirleaf said African and European countries must work together to regulate migration, not try to stop it. The European Union decided last week to cease maritime patrols that have saved thousands of migrants from drowning because no country agreed to open its ports to the rescue ships.

Posted by ajohnstone at 2:21 AM