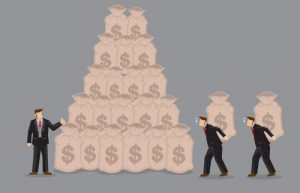 Shell’s controversial $1.1bn deal for a Nigerian oil licence included “unprecedented” terms which may have helped fund an alleged bribery scheme, according to new analysis.


The Anglo-Dutch company, along with Italian oil giant Eni, are on trial in Italy over allegations that almost all of the money they paid for the licence funded bribes for Nigerian officials including a former president and various middlemen. Oil consultancy firm Resources for Development found that the terms of the contract meant that Nigeria effectively gave up its share of future revenues from the block.
The type of contract, known in the industry as “sole risk”, is particularly favourable to oil firms and has not been used in Nigeria since the end of military rule 20 years ago. Research last year by Resources for Development estimated that the terms of the contract could reduce the Nigerian government’s revenue from the fields by $5.9bn when compared to a standard oil industry contract which shares revenues between oil companies and the state. Nigeria’s most senior civil servant in the Department of Petroleum Resources objected strongly to the terms of the deal at the time, calling it “highly prejudicial to the interests of the Federal Government”.


Analysis of documents including Shell and Eni’s assessments of the licence shows that the contract terms boosted the value that the oil companies could extract from the block, allowing them to justify paying $1.1bn up front for it. That money then allegedly went to former Nigerian oil minister Dan Etete and was “intended for payment to President Goodluck Jonathan, members of the government, and other Nigerian public officials”, Italian prosecutors say


“We’ve known of allegations of vast bribery in this deal for years,” said Barnaby Pace, a campaigner at Global Witness. “Now we’ve learned that Shell and Eni profited unfairly through military-era contract terms meaning that it was Nigeria’s share of oil that was used to fuel profiteering and payoffs."
Olanrewaju Suraju of HEDA said: “These companies and Nigerian officials agreed a sweetheart deal that deprives Nigeria of money it badly needs to build schools and pay doctors. President Buhari should reject any deal that leaves the OPL 245 oil license with these companies.”
Nick Hildyard of The Corner House said: “Shell and Eni represented their OPL 245 contract as a production sharing system yet it includes no sharing of production for Nigeria. This shockingly poor deal must be cancelled.”
Antonio Tricarico of Re:Common said: “The Italian government is discouraging Nigerian migrants trying to reach Italy by claiming that it will help them at home, but Italy’s biggest multinational, part owned by the state, is accused of depriving the Nigerian people of billions. The OPL 245 scandal appears to show that Italians are not helping the poorest, but profiting from them."
https://www.independent.co.uk/news/business/news/shell-nigerian-oil-field-deal-funded-alleged-bribery-scheme-global-witness-a8891676.html

Posted by ajohnstone at 2:40 AM