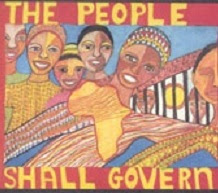 Congo-Brazzaville's President Denis Sassou-Nguesso has appointed his son Denis-Christel as a cabinet minister - a move that has revived media speculation that he has succession in mind.

In neighbouring Gabon President Ali Bongo Ondimba is the son of Omar Bongo, who ruled from 1967 to 2009, while in the Democratic Republic of Congo Joseph Kabila ruled for 17 years after succeeding his assassinated father Laurent-Désiré as head of state in 2001.

Equatorial Guinea's President Teodoro Obiang - in power since deposing his tyrannical uncle Francisco Macías Nguema, the country's first head of state, back in 1979 - has already installed his son, Teodoro Nguema Obiang Mangue, as vice-president, in pole position to succeed him.

And after Chad's President Idriss Déby died last month - reportedly from wounds incurred in battle with rebels - his son Mahamat, a four-star army general, rapidly emerged as the leader of the interim ruling military council.

In Cameroon, an anonymous "citizens' movement" campaign has begun to promote the image of Franck Biya, son of the 88-year-old President Paul Biya, who is not yet midway through his latest seven-year term.

Currently, Uganda is seeing a social media campaign touting General Muhoozi Kainerugaba, son of the present head of state Yoweri Museveni, as a potential governing party candidate for the next election in 2026.

Posted by ajohnstone at 2:20 AM