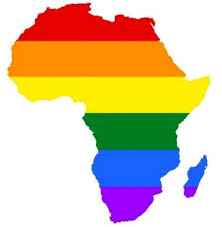 Although LGBTQ lifestyles and needs are unfairly projected and rejected as “unAfrican”, history tells us otherwise.

In Kenya – much like the rest of Africa – gay sex is a criminal offence, and it is punishable by up to 14 years in jail. And it is not only discriminatory laws that are criminalising LGBTQ individuals and putting a target on their backs across the continent. Political leaders are also adding fuel to the fires of homophobia and acting as willing vessels for conservative and religious paranoia. The institutionalised homophobia in Kenya is representative of a malaise that is devastating the entirety of  Africa.

Kenya’s President Uhuru Kenyatta, for instance, dismissed LGBTQ rights and declared that Kenya does not consider “homosexuality a human right”. “This is not an issue, as you would want to put it, of human rights,” he said.

Kenyatta is hardly the only politician in Kenya voicing anti-LGBTQ views. Presidential aspirant and former Prime Minister Raila Odinga, for example, called for gay couples to be arrested in 2010. He also claimed it was “madness” for a man to fall in love with another man while there were “plenty of women”.

Kenya’s Deputy President William Ruto is also equally open about his homophobic views. In 2015, he said, “Kenya is a republic that worships God. We have no room for gays and those others.”

In Ghana security forces raided and shut down the office of an LGBTQ rights group in the capital, Accra, after politicians and religious leaders called for its closure in February 2021. A few months later, in May 2021, 21 people attending an LGBTQ conference in the southeastern city of Ho were arrested for the crime of “advocating LGBTQ activities”. Last year, draft legislation proposing up to 10 years in jail for LGBTQ people as well as groups and individuals who advocate for their rights, express sympathy or offer social or medical support was also submitted to Ghana’s parliament.

Clinics in several countries, from Uganda and Tanzania to Kenya, are offering highly discredited and known to be harmful “conversion therapy” services to LGBTQ individuals. In Uganda such anti-gay “counselling” activities are being recommended to LGBTQ people by staff employed at public hospitals.

South Africa has LGBTQ rights enshrined in its constitution. Nevertheless, violence against queer people is still rife in the country. Between February 2021 and April 2022, for example, at least 20 LGBTQ individuals were murdered in ghastly circumstances because of their gender identity or sexual orientation.

LGBTQ repression is often – if not always – part of an authoritarian agenda and a wider, systematic assault on civil freedoms. This can easily and clearly be seen in countries like Kenya, Uganda or Nigeria, where homophobia, police brutality and political repression come hand in hand and together serve to silence marginalised and oppressed sections of society and consolidate the power of established political forces. So the fight for LGBTQ rights must be seen as part of a wider, universal battle for expanding access to social, economic and political rights and strengthening democracy.

Across Africa not only LGBTQ activists but everyone who cares for human rights and democracy should stand up for the rights of LGBTQ communities. Everyone who dreams of a better future for all should push for fairer, more inclusive laws that would protect the basic rights and freedoms of all Africans, including those of LGBTQ people. No matter what Kenyatta and many other politicians like him may try to argue, LGBTQ rights are human rights. Africa cannot move forward and build a better future for all Africans, without taking the necessary steps to ensure the safety and acceptance of LGBTQ individuals.

Posted by ajohnstone at 1:11 AM