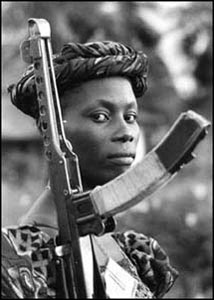 One million people are now living rough in Somalia, the UN refugee agency says.
The figure includes 60% of Mogadishu residents who have fled their homes - 200,000 in the past two weeks . The refugee agency says 600,000 people have fled Mogadishu this year - on top of 400,000 displaced by earlier rounds of fighting
UNHCR says those who have fled to the Afgooye area, 30km from Mogadishu, are living in desperate conditions. They are using plastic bags and rags to patch up their flimsy mud and straw huts . Landowners are charging them $1.5 a month for a tiny plot of land to erect their shelters.

A Kenyan human rights group has strenuously condemned the deportation of 18 failed asylum-seekers back to Mogadishu. Alamin Kimanthi, who heads the Muslim Human Rights Forum, said police forced the women and children into a plane destined to Mogadishu, despite their protests. They are part of a group of 50, whose requests for refugee status were rejected in Uganda.
"We condemn the decision to deport these people to Somalia because it is clear that they are just being sent to die," Mr Kimanthi said
Posted by ajohnstone at 11:46 PM