You need food for thought 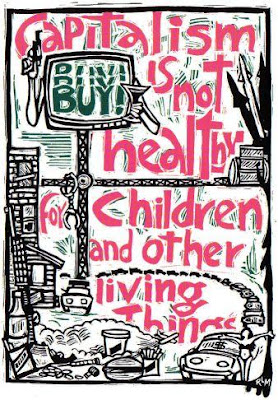 The hunger of the seemingly healthy and well-groomed school students at Moruthane Secondary School, about 80km south of Lesotho's capital, Maseru, is at first not apparent, but as the morning progresses they become listless and their concentration lapses. Their teacher said "They are not bad students; they are bright, but they are hungry."

Lesotho's educators acknowledge that the greatest obstacle to learning is hunger.

"Drought has robbed the children's families of their crops this year. They come to school on empty stomachs. I honestly don't know where or when they are fed. These are the ones who nod off during class; they have no energy," the school's principal explained "...Our students are good students. They are hard workers; they are just hungry."

The school has have no feeding scheme for the children . The school allows a vendor to sell snacks. It's just sausage rolls, potato chips and hot cakes - some students pay up to R6 (US$0.95) a day, the ones who have money - but it's not nutritious.

An education department questionnaire sent to students at Moruthane Secondary School, asking them to list their needs, had food as the common denominator in their replies. "Food," wrote one girl, "Food and shoes," wrote another girl, who noted that both of her parents had died. "Food and transport," wrote one boy, "Food and clothing," answered another. In all, 60 percent of the students cited food as their greatest need.

More than half of the population live on US$2 or less day and poverty feeds into the society's sense of despair. The mothers are not working. The fathers aren't working. Most men, can be found drinking morning 'til night. The local brew is very cheap. The men are not drunkards, they are just lost as to what else to do .

In addition half the school's student body are double orphans - their parents died of AIDS. According to UNAIDS, 23.2 percent of Lesotho's people aged between 15 and 49 are infected with HIV, and about 100,000 children under the age of 17 have been orphaned by the AIDS pandemic. The orphans live with relatives, who don't give them food. Some of the children have been abandoned and they end up in foster care, and there, too, they are not given food. They come to school with empty stomachs, and they go home with empty stomachs .

The fundamental aim for the present system of production is to produce for the market with a view to making profit. The overriding interest in profit does not change, no matter in which economic sector production is carried out. In agriculture, production is not carried out because people need food.
An irrational and cruel system such as the market system is not a productive and distributive system concerned to ensure that bellies are full. Food is not produced because people need it to survive, but because the owners of land and other means of production need to make a profit. Also, no account is taken of whatever method is used to produce which crop. Fertile lands in the Third World are used to grow coffee and tobacco as cash crops, instead of millet or maize.

The prevalence of hunger does not come from any shortfall in agricultural potential but from the operation of economic factors which impede the full realization of this potential for the benefit of all. The objective of social production at present is not primarily to meet human needs. Instead, human needs are only met to the extent that these are backed up by purchasing power. That is why vast quantities of food are destroyed and why farmers are paid not to produce, while millions starve because they lack the means to buy or grow food.
The market, contrary to the claims of its supporters, is not an efficient way of allocating resources according to people needs. If it was, why then do people starve to death in Africa while food is dumped in the sea. Only the most insane social order imaginable can regard such a grotesque contradiction as "efficiency". The object of the market is to satisfy the capitalists ‘"needs for profit", not the worker’s need for goods and services. Hunger and famine can only be averted when all the world’s resources – land, and all other means of production and distribution of wealth – are collectively owned.
Posted by ajohnstone at 10:41 PM