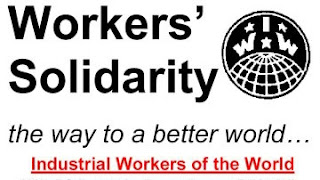 South African mine workers are starting a one-day strike in protest at poor safety in the country's mines. About 240,000 workers are to take part in the 24-hour stoppage, the first countrywide strike by miners. About 40,000 workers are expected to join a protest march in Johannesburg .

"Workers are saying enough is enough. Safety is needed now," said Erick Gcilitshana, the health and safety head of the National Union of Mineworkers, which is organising the strike.

"Our safety records both as a company and a country leave much to be desired." Harmony Gold mine executive Patrice Motsepe has said

More than 180 workers have been killed this year in the country's mines, with another two dying in recent days, slightly fewer than 200 deaths in 2006. In October, more than 3,000 miners were trapped a mile underground at a Harmony Gold mine.

South Africa's Business Day newspaper, in an opinion piece, said mine supervisors "remain hostile to the introduction of new safety values into a traditionally conservative environment."

Yet the average miner still earns only $US500 per month. Fourteen years after the end of white rule, miners are still the poorest paid workers of the industrial sector.
Posted by ajohnstone at 5:55 AM