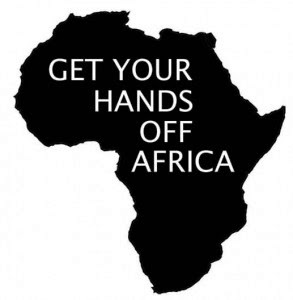 The World Bank measures the "ease of doing business" in different countries and produces a ranking list. Many foreign investors, lenders, and aid donors decide where to deploy their money according to this league table. So if developing countries are to attract foreign investment, they follow the bank's dictates. That creates a "race to the bottom," with countries competing to out-deregulate one another.

Liberia, for instance, implemented 39 recommended reforms between 2008 and 2011, including a reduction in corporate taxes and relaxed rules on environmental impact assessments. Within this period, foreign direct investment increased four-fold. But what the World Bank considers good for business is disastrous for the developing world's residents.

Thanks to reforms guided by the Bank, Sierra Leone has taken 20 percent  of its arable land from rural populations and leased it to foreign sugar cane and oil palm producers. Across the world, land is turning from an ancestral asset with cultural significance into a commodity available to those with the most money and lawyers. The terms of many of these leases - which can run as low as $1 a hectare for 99 years - amount to contractual robbery.

The World Bank last year actually praised land grabs by foreign companies, saying in a report, "while a smallholder model has a proven track record in promoting equitable development, in some situations access to significant tracts of land must accompany agribusiness investments." So property rights matter - as long as they're exercised by corporate interests.

Land deals struck with foreigners have disastrous consequences. According to the International Land Coalition some large land deals between 2000 and 2010 amounted to 203 million hectares (500 million acres). This number is expected to be much higher by now. That's a problem, given that family farmers account for 80 percent of all land holdings in Africa and Asia and provide about 80 percent of the developing world's food. If they become dispossessed because their governments are trying to curry favour with the World Bank, they may lose their livelihoods and their ability to provide food for the globe.

The rich are buying up Africa the banks will insist on mono-culture to be the most profitable (Enter Monsanto). Capitalism operating. Arabs will have land to farm and cheap labour to do it, heaven forbid the oil sheiks pick up a hoe themselves. The Chinese are moving in and the Dutch have been growing flowers in Africa for ages. The poor are simply getting poorer and the IMF and the World Bank make sure it happens. Profits instead of people is their motto .

With support from rich countries and NGOs like the Gates Foundation, the Bank is introducing a new programme called "Benchmarking the Business of Agriculture" (BBA). The BBA's goal is to promote "the emergence of a stronger commercial agriculture sector". Its rankings will prize deregulation of agriculture.

For small-scale farmers, such an "emergence" is tantamount to more foreign land grabs.

From Al Jazeera
Posted by ajohnstone at 1:22 AM