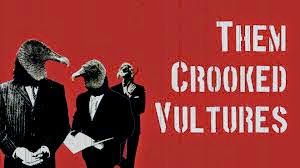 Companies and government officials are illegally moving up to $60 billion out of Africa each year, according to a new report, depriving the world’s poorest continent of capital and tax revenue that could spur faster economic growth. The problem isn’t unique to Africa. Taken together, developing nations lost nearly $1 trillion through illicit channels in 2012, according to the Washington-based research and advocacy group Global Financial Integrity. The loss of capital is particularly painful here in Africa because development needs are so acute. The level of illicit financial outflows from Africa exceeds the official development assistance to the continent, which, according to the commission, stood at $46.1 billion in 2012.

In Mozambique total declared exports of 260,000 cubic meters of logs were only about half of the amount China reported to have imported from the southern African country. That suggests that logging and shipping companies are intentionally underreporting the amount of wood they handle to pay lower taxes. In Nigeria, some companies and officials were colluding to secretly sell about 100,000 barrels of oil a day, a cottage industry the report described as “looting on an industrial scale.” And Ghana, Kenya and a half-dozen other African countries are believed to be losing tens of millions of dollars each year to a scheme mobile service providers use to make international calls appear to regulators as local calls, which are taxed at lower rates.

In some countries, regulation is too decentralized—Nigeria alone has 12 agencies with some responsibility for stemming illicit flows—offering wide regulatory and enforcement cracks for those who want to exploit them. And Africa’s 54 countries have little capacity to exchange information or help each other pursue potential tax dodgers.

“It is important to note that this isn’t just an African problem, much of the money that leaves Africa illicitly by way of corporate tax evasion or corruption ends up in banks within Europe and the United States”, said Henry Malumo, a coordinator at anti-poverty group Action Aid International.

Even as 300 million Africans entered what the African Development Bank calls a nascent middle class in the past 25 years, rapid population growth pushed the number of people living on less than $1.25 a day to 414 million from 290 million. While Africa’s economic growth of around 5% annually in the past decade has outpaced most other regions, Mr. Mbeki’s group said it won’t be enough to guarantee a better life for those hundreds of millions of poor Africans.

“The benefits of this growth have mostly been confined to those at the top of the income distribution and it has not been accompanied by an increase in jobs,” wrote the group, officially called the High Level Panel on Illicit Financial Flows from Africa.

Posted by ajohnstone at 3:21 AM