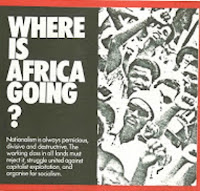 After that great epic series, the Lancaster House Saga (sub-title the Zimbabwe-Rhodesia talks), with its deadlocks and diplomacy, its cliffhanging and imminent walk-outs, Rhodesia now faces the prospect of some kind of limited democracy for all and a build-up of the economy with a largely African government. Since the agreement was signed in December leaders of the Patriotic Front, Nkomo and Mugabe, and many of their guerrillas, plus many Rhodesians who have been living in the UK, USA, Europe, USSR and other parts of Africa, have returned to ‘their’ country. Many of them are under the illusion that the forthcoming election will bring about changes which will enable them to live freely in a democratic society. The extent of the democracy rather depends, however, on who wins the elections, as some leaders appear to favour “one man one vote” only as long as they are victors. There are numerous reports of intimidation in some areas of the country by Mugabe’s ZANLA forces and Muzorewa’s auxiliaries.

Even though legally sanctioned discrimination by white against black—which for many years was enshrined almost along the lines of apartheid—will no longer exist, tribal conflicts are certain to continue. In any case, the freedom to buy large, expensive houses in previously white areas will be of small consequence to the average African worker, except as an abstract notion. The returning heroes will be subject to the dubious privilege of being employed and therefore exploited by a predominantly black capitalist class rather than a white one or unemployed as the case may be. No doubt they will be urged by their leaders to work hard and harder, as are workers the world over. If things go badly they may be put in prison for disobeying capitalism’s laws or even for disagreeing with the ruling party—and it is hard for even the most avid enthusiast for black liberation to convince us that incarceration by a black government is more comfortable than by a white one. The 71 former supporters of Mugabe detained on his instructions in Mozambique until recently could perhaps enlighten us as to whether their imprisonment was more pleasant than that imposed on Nkomo and Mugabe by the white regime.

There is no doubt that the Africans of Rhodesia have suffered immensely at the hands of the European settlers, who have treated them as inferior beings with a vastly lower standard of living than the whites. So many Africans, wishing to rid themselves of their oppression, took to their guns in what they regarded as a legitimate war of liberation. It is tragic that so many have offered and given their lives for a vain cause; despite the belief that true liberation is round the corner (at least if their favoured leader wins the election), they face inevitable disillusionment.

The African population inside Rhodesia has also suffered cruelly from the guerrilla war waged over the past seven years. On the one hand, people have been tortured and killed, their shops and homes have been raided, and they have been forced to feed “the boys” regardless of their own sympathies and needs, with always the threat of a bullet to discourage them from informing the government forces. On the other hand, they have been subject to extreme pressure and violence from a Rhodesian Army determined to discover the whereabouts of the “terrs”. The appalling predicament of ordinary African people caught in this trap is aptly described in an article in the Evening Standard of January 22. A white farmer on police reserve duty describes how he
“. . . came on a village minutes after a party of terrs . . . had left it. Two girls were lying untended beside a hut, bayonetted in the chest . . . I worked on those girls for an hour, to keep them alive until a truck came. Nobody in that village spoke a word or did a thing.
Then I turned to a man who was watching: ‘Who is this girl? Your daughter?’ ‘Yes’. ‘Where did the terrs come from? Where did they go to?’ ‘Don’t know’. ‘Don’t know?’ That man said nothing until we took him to the police station.
We did the usual—left him without food until evening then beat the hell out of him. He told us where the terrs had gone but it was too late to track them. His daughter died. Tell me what kind of creature is it that will stand there and do nothing when his daughter is dying?”
All this is complicated by the existence of the Selous Scouts, a particularly brutal crack-force of the Army, who have often been suspected of perpetrating atrocities while posing as guerrillas. The situation has been so confusing and so horrific that thousands of people have been forced by the government into protected villages (like concentration camps) and thousands more have fled to the towns. Their abject poverty and over-crowding has been seen on British television—a particularly moving example, a few weeks ago, was of people picking over the municipal rubbish dumps in Salisbury with large sacks, looking for anything to sell, as a means of livelihood. Others, not lucky enough to be living in appallingly overcrowded houses in the towns, were living on the streets with only plastic bags as shelter against the rains.

After 14 years of UDI, why has the British Capitalist class finally reached agreement round a conference table? Partly because the war has frightened out many white Rhodesians and had dire effects on the economy; partly because of pressure by “front-line” states on the guerrilla leaders to end the war and negotiate—since the economies of those countries had suffered from the effects of the war and of sanctions on Rhodesia. Machel of Mozambique, for example, was reported in The Observer of January 20 to be
". . . anxious to see Rhodesia return to normality as soon as possible since a prosperous and stable neighbour would provide a much-needed boost to his country's lagging economy.”
while Zambia had
“. . . enough maize to last only until late February or early March, nearly three months before the first of this [i.e. 1979] year’s harvest will reach the millers.
The problem might not be so serious had not the Rhodesians cut landlocked Zambia’s two lifelines, the Tazara Railway to Dar-es-Salaam and the southern line which runs through Zimbabwe-Rhodesia to South Africa.”
If the single-track line from Zimbabwe-Rhodesia to Zambia were to break down
“Dr Kaunda would then not only face a food crisis but would also have difficulty exporting the copper on which his country depends for more than 90 per cent of its foreign earnings.”
(Guardian, December 11 1979)

Also, it is possible that nationalist leaders like Nkomo of ZAPU and Mugabe of ZANU, who were detained for many years, may have felt that their chance of power might slip from their grasp if they didn’t act soon.

Who will benefit?
So who is really going to benefit from the newly established “democracy”, from the holding of elections, from the lifting of sanctions and the expected stability and boost to the ailing economy? There are rich pickings to be had: Rhodesia is the fifth producer in the world of gold; one of the few producers outside Russia of chromium; the top grower of Virginia tobacco after the United States; Rhodesia is also a main producer of asbestos, copper and industrial diamonds. It is clear, therefore, that Britain’s interest in Rhodesia’s independence is not merely a technical matter of “loyalty to the crown”. Different capitalist groups have lent their support to different leaders in Rhodesia according to which one they judge will best serve their own interests, and the business community in general is taking a keen interest in developments there. Tiny Rowland, for example, chief executive of Lonrho, has consistently backed Joshua Nkomo although, according to the Observer of November 1 1 1979, he would
". . ally himself with whichever nationalist politician eventually becomes leader of Zimbabwe Rhodesia. Lonrho’s enormous assets there include a million acres of ranchland, besides commercial and industrial operations. These are operated by independent companies, but will revert to Lonrho when sanctions end and the new State is internationally recognised.”
What of the politics of the politicians in Zimbabwe? Do they really plan to bring socialism to that country? Hardly. There are nine black parties fighting the election but effectively only three main contenders, none of whom offers a genuine alternative of any kind: the message from all of them seems to be a general list of platitudes about peace, prosperity and racial harmony. Bishop Muzorewa is openly committed to free enterprise capitalism; Nkomo has adopted a conciliatory, pragmatic approach without reference to either capitalism or socialism and talks of increased wages and redistribution of land. And Mugabe? His image has been that of a hard-line “Marxist”. Perhaps this is demonstrated by the rally of his supporters where he “gave triumphant clenched fist salutes to the crowd and led them in the chanting of nationalist slogans” (Times, January 28). According to the Sunday Times, January 27, Mugabe’s election platform, although cautiously phrased,
“. . . is still the nationalisation of industry, the radical redistribution of land, the introduction of sweeping state controls, and above all, what he terms ‘the collective ideal’, the public ownership of the country’s natural resources, land, minerals, water and forests.”
Whether or not he wishes to establish a “communist” regime such as that in China, it would seem that he is trying to be all things to all men, to be moderate and capable of compromise as well as a “genuine socialist”, for at the same time his party policy-makers
“. . . now encourage the continuity of private enterprise in Rhodesia and accept the need for a close commercial and logistic relationship with South Africa.”
(Guardian, 28 January)

It has long been fashionable among some Rhodesian Africans to label their political opponents ‘sell-out” for cooperating with the Smith regime, for supporting Muzorewa’s opportunistic government, for making too many concessions to the British government at Lancaster House. But they fail to recognise that the whole thing is a sell-out and a sham. On one prognosis, a limited type of democracy, typical of the development of capitalism, will prevail; on another, civil war will rage. But whoever gains power, we may be sure he will be hell-bent on building up the capitalist economy and on training his citizens to become hard-working, obedient wages slaves, regardless of whether his advice, investment and technical assistance comes from the Soviet Union, Great Britain, South Africa or wherever. The hollow phrase “Victory to the Patriotic Front”, beloved by the left-wing, means for African workers the victory of a different style of exploitation.

Jack Bradley
Posted by ajohnstone at 6:12 AM