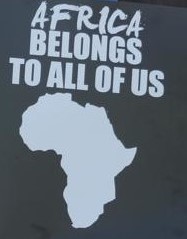 Xenophobia doesn’t exist in isolation. It needs social problems and economic hardship to flourish. In many parts of Africa, xenophobia is not necessarily an immigration issue.

Discrimination can stem from linguistic, ethnic, and religious differences among a state’s own citizens. For example, migrants from Zambia may be relatively welcome in the Democratic Republic of Congo’s Katanga Province, where they share ethno-linguistic connections with local people, while Congolese nationals from elsewhere in the country have been violently excluded.
In South Africa, a country that has received some of the world’s highest numbers of asylum seekers, about a third of those killed in ‘xenophobic’ violence are citizens from elsewhere in the country. Xenophobia feeds on perceptions, and one of the most enduring is that South Africa is flooded with “foreigners” – code for non-white migrants, more specifically other Africans.

And in Kenya, citizens of Somali descent often bear the brunt of police discrimination along with refugees from Somalia. While immigration can certainly exacerbate tensions or bring its own dynamics, broader patterns of mobility and exclusion are an important part of the problem.

Whether aimed at addressing exclusion of ‘local’ minorities or international migrants, anti-xenophobia campaigns must account for the reality that the most violent and fraught displays of xenophobia are often rooted in local – state, municipal, or even neighbourhood – battles for land, jobs, or political office. For example, South Africa’s highly visible 2008 xenophobic attacks, which killed more than 60 people in the space of two weeks, were in part a response to state policy widely perceived as being too welcoming to Zimbabwean migrants. This response was not led by national political parties, but by local gang leaders, councillors, and shopkeepers who mobilised to further their own interests.

Similarly, across Europe and the US, politicians often employ hateful talk in an effort to win elections.