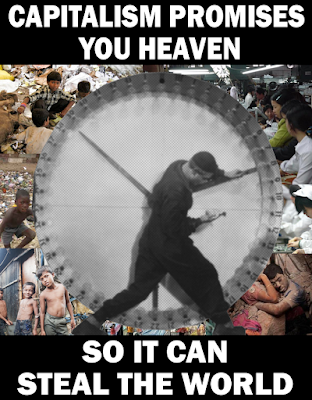 Born-again churches in Africa are becoming ever more popular, politically powerful, and lucrative.

Pentecostalism has a long history in Uganda and Africa more broadly, but it was in the 1980s and 1990s that the religion started to grow particularly rapidly, often pushed by churches in the US. Preaching a strongly evangelical version of Protestantism that emphasises personal contact with God and the power of divine healing, Pentecostal churches popped up all across sub-Saharan Africa.

According to the World Christian Database, nearly half of all Nigerian and South African Christians were Pentecostal by 2010, while the movement accounted for the majority of Christians in Botswana and Zimbabwe. Estimations are difficult to make, but the organisation claims that there are now a colossal 400 million born-again Christians in Africa.

Many individual pastors have even become superstars. Some have started up television and radio stations that broadcast to large populations, and on the back of donations, have become enormously wealthy. Pastor David Oyedepo, for instance, is reportedly worth $150 million; Chris Oyakhilome is believed to be worth up to $50 million; and TB Joshua’s wealth is estimated at around $15 million.

“It is nothing new that some preachers in Africa are using the Bible through its scriptures to coerce their audiences to pay lots of money, saying whatever they give, will be given back to them,” says Margaret G. Gecaga, a Professor in Philosophy and Religious Studies at Kenyatta University. “For some preachers, the more money you sow in church, the more blessings you get, but this is done because many innocent church followers think God speaks through these pastors and they have to obey God’s voice.”

Many worshippers across the continent have lost large sums of money to Pentecostal churches, and many citizens blame governments for failing to better protect churchgoers against exploitation. However, it should be noted that another aspect of the rise of Pentecostalism has been the growing political power of these churches, which have used their popularity, wealth, and sometimes support from US churches to exert influence.

Ahead of Uganda’s elections this year, for example, many of the country’s pastors – under the umbrella body National Fellowship of Born-Again Churches – held massive prayer conferences and rallies in which they endorsed President Yoweri Museveni, calling him “God’s gift to Uganda”.

Furthermore, Pentecostal churches in Uganda have become powerful political actors in shaping debate and driving policy, with influential figures such as a First Lady Janet Museveni and Speaker of Parliament Rebecca Kadaga known to be close to leading churches. The passing of Uganda’s notorious anti-gay bill, for example, was widely seen as a “gift” to the churches.