Africa and its energy 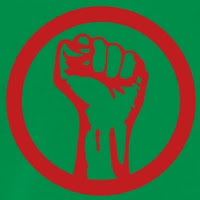 Over 1.2 billion people worldwide live without access to electricity. That’s one in five people globally in the dark - mostly the poor and those in rural areas.

Nowhere is this more evident than in Africa, the host continent of this year’s climate talks. Africa is the most ‘electricity poor’ region in the world, and over 620 million people - half of the global total - live without access to electricity.

Further, average global temperature rises will translate to much sharper increases in Africa. Here temperature rises may be twice the global average - so a rise of 2°C (as agreed in Paris) translates to up to 4°C for Africa by the end of the century.”

African people are bearing the brunt of climate injustice and energy poverty, yet many African governments are lining up to push for more investment in oil, coal and gas extraction, more dirty power stations, and more centralised and wasteful grid systems.

African governments were not the ones that invented these dirty energy options. Developed countries put the whole world on this harmful development pathway. Yet, by investing in the infrastructure now, many African countries are becoming ‘locked in’ to dirty development plans, instead of ‘leap-frogging’ to sustainable, renewable, decentralised models.

On the ground, the ruthless advance of dirty energy has seen whole swathes of forest, land and sea designated as ‘sacrifice zones’, where the environment has been devastated, and lives and livelihoods have been destroyed.

Fracking
The Maghreb region, host to this year’s climate talks, is a hotbed for dirty energy infrastructure. Algeria and South Africa have large shale resources, and accessing gas from shale rock by ‘fracking’ has numerous potential environmental impacts on local communities.

Megadams
Megadams are well known for their disastrous environmental, social and economic consequences, yet hundreds of megadams are being planned on Africa’s rivers. The Zambezi, for example, is already choked by the Kariba dam and the Cahora Bassa dam. Now the Mozambican government wants to construct Mphanda Nkuwa, another destructive megadam, on the same river.

Coal
Coal is the world’s dirtiest energy and its extraction, processing and burning all generate intense levels of pollution and destructive impacts for communities, workers and the environment. South Africa obtains almost 90% of its electricity and 77% of its primary energy needs from coal, and coal remains firmly embedded in the country’s current industrial strategy, with plans to build further dirty energy infrastructure.

Oil
Africa is the second major net exporter of oil in the world, after the Middle East, accounting for over 11% of global oil production over the last decade. Oil production in Nigeria has seen communities devastated by oil pollution on their farmland, fisheries, forests and water. The Nigerian government is now planning to extract further oil from ‘bitumen’, better known as tar sands.

Tar sands
The consequences of tar sands mining in Canada are so drastic that they are visible from space. Impacts for Nigeria will include contamination from oil spills, air and water pollution, loss of water availability, and loss and fragmentation of vegetation and habitats. In addition, social dislocation is expected, given the history of human rights abuses associated with conventional oil extraction in Nigeria. The damage that such a project would impose on Nigeria’s environment and society is unimaginable.

In South Africa, FoE South Africa /groundWork is working with communities to build resistance to proposed fracking projects, and the Maghreb has seen huge protests against fracking in recent years. For over 16 years FoE Mozambique/ JA! has been fighting construction of Mphanda Nkuwa dam. New oil is facing huge resistance from local communities and campaigns by FoE Togo and Uganda. FoE Nigeria / Environmental Rights Action continues to campaign for justice against big oil in the Niger Delta, and is fighting tar sands alongside local communities.

Frontline communities fight tirelessly at the sites of dirty energy devastation, despite hostility and violence from police or security agencies working on behalf of big corporations. There is no doubt that the dirty energy system will fall. Yet two questions remain: When? What shall take its place? The answers to these questions must be defined by the people, and not by the corporate and global elite who are guided by their own short-term interests, and utterly unmoved by the urgency of the crisis at hand.

For the people of Africa, and the rest of the world, the reclamation of our energy system simply cannot wait.

Posted by ajohnstone at 4:50 AM