Congo's Lungs of the World 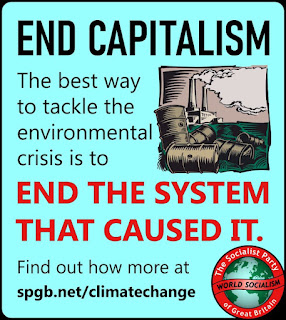 A large region of carbon-rich peat, discovered in central Africa, is under threat from uncontrolled development - posing a significant risk for future climate change.

"This peat is so important in the context of climate change. We have a very large amount - some 30 billion tonnes - of carbon stored here. And if it is released into the atmosphere it is going to accelerate global change," said Suspense Ifo, Congo-Brazzaville's leading expert on the peatlands. "That's about 20 years of US fossil fuel emissions. I think these ecosystems aren't yet valued as they should be at the international level. [The Congo-Brazzaville government] needs the international community to support them financially to ensure these peatlands remain protected," said Dr Dargie.

The peatlands hold far more carbon than the vast forests in which they are found. But the peat, which has taken thousands of years to build up, can be destroyed within a matter of weeks if allowed to dry out.

The main threats come from longer dry seasons, linked to climate change, and from man-made actions like unsustainable farming practices - a serious challenge as Congo-Brazzaville and its neighbours seek to develop their economies and adapt to growing populations.

A more recent concern is the possibility of significant oil deposits being confirmed and exploited, close to the peatlands. Congo-Brazzaville's government has already begun parcelling out blocks of land and looking for potential investors.

"You can't ask us to keep our natural resources under wraps. If we need to exploit them, we shall exploit them, in a sustainable way and in accordance with environmental rules," said Congo-Brazzaville's Environment Minister Arlette Soudan-Nonault, dismissing concerns about corruption and mismanagement. "You can't keep saying: 'These Africans - they misuse funds.' It's time we understood that it is in our common interest to conserve [the peatlands]. Because if [the West] doesn't help support our conservation work, we shall be obliged to use our own natural resources, because we need money simply to live," she added.

Moves to exploit the resources buried beneath the peatlands are already under way across the river in the Democratic Republic of the Congo. Its Hydrocarbons Minister, Didier Budimbu, recently announced an auction of land that is to be developed for oil production. Scientists say some of the earmarked sites overlap the peatlands. Budimbu told colleagues that "national oil production must leave the modest zone of 25,000 barrels a day".

"If this plan is not stopped it will have disastrous consequences," said Irene Wabiwa Betoko from Greenpeace Africa. "So it's very imperative that the DR Congo government and donors put their effort to stop the oil blocks and start talking renewable energy."

In the  town of Ntokou, the local administrator, Alphonse Essabe acknowledged a "public information vacuum" regarding the peatlands.

"We live from fishing and hunting here. But if we are to live in harmony with our peatlands, then the big powers, the world's big polluters, need to provide funding to help us," he said.

Despite a series of international agreements about the need to protect the peatlands of the Congo Basin, there is growing frustration in the region, with ministers like Ms Soudan-Nonault accusing the West of hypocrisy.

"Without the Congo Basin, the rest of the world couldn't breathe. We Africans provide an eco-systemic service for the whole planet. It makes sense that such a service has a price. "Now that the Amazon has lost its role as the regulator of the world climate due to deforestation… the Congo Basin acts as the lungs of humanity. And the kidneys too," she said, of the peatlands' ongoing role in capturing CO2 from the atmosphere.

"What has happened to all the promises made by the international community? You can't tell us: 'Tighten your belt so the rich world can breathe.' In the meantime, you get richer, and we are starving.

"We won't be able to restrain ourselves indefinitely," said Ms Soudan-Nonault, hinting that Congo-Brazzaville would turn to China for assistance and that "we will accept the best offers" of support.

Congo peat: The 'lungs of humanity' which are under threat - BBC News

Also see SOCIALISM OR YOUR MONEY BACK: Climate Change - Paying for Loss and Damage.

Posted by ajohnstone at 2:25 AM