Corruption and its Accomplices 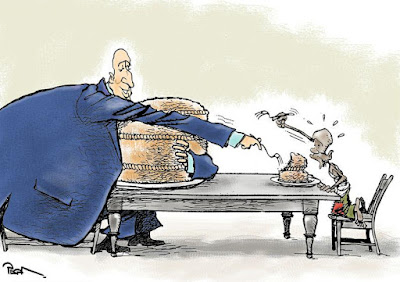 Last month, as part of the launch of its publication Understanding Corruption, the University of Sussex’s Centre for the Study of Corruption held an event entitled Breaking Free from State Capture, featuring a keynote address by Mo Ibrahim, the Sudanese-British telecoms billionaire.

State capture is a form of grand corruption and refers to systemic political corruption in which private interests significantly influence formation of a state’s policies and laws to their own advantage. These captors, through their personal connections to the political elite, gain a long-term economic stranglehold, not just by changing the rules but by the compounding over time of their interests, power and wealth.

Ibrahim criticised the mismanagement of both natural and human resources, noting that more than 600 million African people were without electricity, which affects their quality of life, business and education. He asked and answered the question that has always been a conundrum: why is Africa so poor while it possesses so many natural resources?

He laid the blame squarely on corruption – aided by bad governance and poor leadership but more so by illicit financial flows entrenched in the US and Europe. He quoted the UN’s estimate that this amounts to more than $89bn (£75bn) a year – roughly 3.7% of Africa’s GDP – as money-laundering in the US and Europe enables the proliferation of corruption, supporting criminals and dictators.  He singled out big corporations such as Starbucks, Apple and Google, which have all had tax avoidance schemes investigated. He omitted Meta, Microsoft and Amazon.He lamented the dire need for registers of beneficial ownership of companies, previously shrouded in secrecy but now suddenly under scrutiny in tracing and freezing assets of Russians.

Ibrahim ended with a declaration that corruption needed to be confronted in Westminster and Washington before it could ever be dealt with effectively in Africa.

Posted by ajohnstone at 4:03 AM