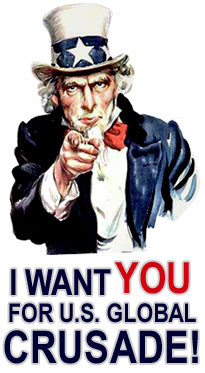 An American private security company put 'help wanted' ads in Namibian local papers in September 2007, hundreds of Namibians lined up to apply for the non-combat security guards positions on offer in Iraq and Afghanistan. A firm called Special Operations Consulting-Security Management Group (SOC-SMG) announced a recruitment drive through the adverts in local newspapers. The Nevada-based private security company clients include the US Army and the US Marine Corps. Namibia’s independence war ended nearly 20 years ago, but the experience gained by many soldiers during the conflict has made the country a fertile hunting ground for private security companies seeking recruits for the world's 21st century wars.

Alex Kamwi, executive director of Namibia Ex-Freedom Fighters and War Veterans Association said most former soldiers "were just educated at the battlefield, with an AK-47." As a result, he said, many veterans were unemployed, had few marketable skills and were "very, very poor...They were really rushing, in large numbers, to get a job – because they are suffering!" said Kamwi. About 35 percent of Namibia's about 2 million people are unemployed.

The private military and security companies in support of US-led efforts in Iraq and Afghanistan are increasingly looking to Africa for so-called "third-country nationals (TCNs)", who are playing a growing role in the military-backed operations there. An estimated 155,000 contract personnel are currently in Iraq in support of the US occupation. About 30 percent of them are TCNs, according to the US Department of Defence. These contractors are used for a range of jobs such as non-combat security contractors hired to guard personnel and convoys, as well as static installations, including bridges and pipelines. TCNs with more advanced skills are sometimes employed to train military personnel, participate in de-mining operations, or interrogate detainees.

What is inexpensive by Western standards can be a pay bonanza in Africa and other developing countries. In Namibia, word of mouth spread that the security jobs in Iraq and Afghanistan would pay about US$550 per month, or about 10 times the monthly wage of a local security guard.

"When somebody is poor and trapped in this poverty, what choice do they have?," said Phil ya Nangoloh, executive director of the National Society for Human Rights (NSHR) in the capital Windhoek. Ya Nangoloh said profit-driven recruiting companies were looking only for the cheapest labour, which means they can exploit the desperately poor and uneducated. "Some of them do not have even have access to newspapers or television to know what is going on there with the suicide bombers," Ya Nangoloh said. "Some of these people looking for jobs may not even know where Iraq is. They may think that it is a country next door."

Amnesty International USA’s Business and Human Rights Unit told IRIN that some TCNs effectively work in conditions of "indentured servitude," in which they sign employment contracts that last for three to five years, "but spend their first year just paying off travel expenses,"
Posted by ajohnstone at 9:08 PM