Africa can help itself 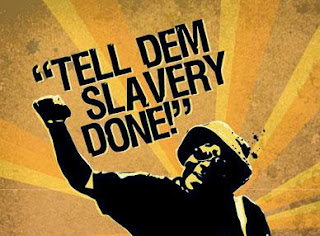 This article by the writer Paul Theroux is well worth quoting from at length.

" The desire of distant outsiders to fix Africa may be heartfelt, but it is also age-old and even quaint. Curiously repetitive in nature, renewed and revised every decade or so, it is an impulse Charles Dickens described, in a wickedly accurate phrase, as "telescopic philanthropy." That is, a focus from afar to uplift the continent: New York squinting compassionately at Nairobi.

Never have so many people, so many agencies, so many stratagems, so much money been deployed to improve Africa -- and yet the majority of the movers are part-timers, merely dropping in, setting up a scheme in the much-mocked "the-safari-that-does-good" manner, then returning to their real lives, as hard-charging businessmen, Hollywood actors, benevolent billionaires, atoning ex-politicians, MacArthur geniuses, or rock stars in funny hats. It's not hard to imagine the future tombstones of the Clintons and Bono and Gates, and many others bitten by the eleemosynary[gratuitous] itch, chiseled with the words, Telescopic Philanthropist. The farther away the donors are, the shorter their visits ("Chelsea Clinton took time out of her 10-day humanitarian trip in Africa to meet some of the kids that her AIDS work is benefiting…"), and the more passionate their feelings.

Never mind that Africa receives roughly $50 billion in aid annually from foreign governments, and perhaps $13 billion more from private philanthropic institutions, according to Penta's estimate. Never mind that Angola's oil revenues are around $72 billion, and Nigeria's $95 billion; that Africa boasts at least 55 verified and somewhat detached billionaires. I can testify that Africa is much worse off than when I first went there 50 years ago to teach English: poorer, sicker, less educated, and more badly governed. It seems that much of the aid has made things worse.

I am not alone observing this fact. In his new book, The Great Escape: Health, Wealth, and the Origins of Inequality, economist Angus Deaton questions the usefulness of all aid, and describes how the greater proportion of the world's poor are found not in Africa but in the booming, yet radically unequal, economies of China and India. Zambian-born economist Dambisa Moyo calls aid a "debilitating drug," arguing that "real per-capita income [in Africa] today is lower than it was in the 1970s, and more than 50% of the population -- over 350 million people -- live on less than a dollar a day, a figure that has nearly doubled in two decades." The Kenyan economist James Shikwati takes this same line on aid, famously telling the German magazine Der Spiegel, "For God's sake, please stop."...

...The most recent example of a Westerner running amok in Africa appears to be the celebrity-economist Jeffrey Sachs and his $120 million effort to end extreme poverty there. Nina Munk documents in her book The Idealist how, among other things, Sachs' Millennium Villages Project poured $2.5 million over three years into a sparsely populated community of nomadic camel herders in Dertu, Kenya, and trumpeted its success.

In actual fact, the charity's paid-for latrines became clogged and overflowing, the dormitories it erected quickly fell into disrepair, and the livestock market it built ignored local nomadic customs and was closed within a few months. An incensed Dertu citizen filed a 15-point written complaint against Sachs's operation, claiming it "created dependence" and that "the project is supposed to be bottom top approached but it is visa [sic] versa."...

....I am not criticizing the humane desire to help. My modest point is that, for all the talk of "reinvention," aid to Africa has been discussed in exactly the same terms for 173 years... it's just nothing new....

....Years living simply on the ground in Africa convinced me that there was more for me to learn from Africans than to teach. I saw there were many satisfactions in the lives of people who were apparently poor; many deficits in the lives of the very wealthy. I saw that African families were large and complex and interdependent; that old age was revered, that Africa's link to the distant past -- to the dawn of the world -- was something marvelous and still intact in many places.

Most of all, I was impressed by the self-sufficiency of ordinary people. Without much in the way of outside help, the people in the countries I knew managed to endure, usually through the simplest traditional means, and finally to prevail. Africa has the schools, the money and the resources to fix its own problems; it's appalling to think of donors telling them otherwise, of the whole continent terminally indebted and living on handouts.

Full article can be read here

Socialist Banner can sympathise with the essence of what Theroux writes but would simply add the caveat that for Africans to succeed they will require to change the system that at present dominates their economies and social relations and their daily lives. Africa has to struggle with the rest of the world to rid ourselves of capitalism.

Posted by ajohnstone at 6:34 AM