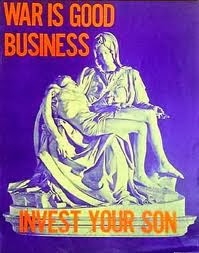 South Africa was quick to respond to a United Nations request last October for three attack helicopters and two utility helicopters to strengthen the U.N. peacekeeping force in the Democratic Republic of Congo (DRC).  The South African arms industry is considered one of the most advanced in the non-Western world today, and very much in the company of its IBSA partners, India and Brazil.

He said South Africa currently supplies weapons and other military equipment to many countries throughout the world, from the United States to China, and from Sweden to Zambia. The U.S. was a one-time major client because it urgently needed mine-protected armoured vehicles for use in Iraq and Afghanistan. South Africa was the world leader in the production of such vehicles, he added, including the Casspir. This dated back to the apartheid regime when the South African armed forces had to learn how to fight guerrilla forces in Zimbabwe and Namibia. The 1977 arms embargo provided the incentive for South African firms to research and develop its own weapons so that it could become self-sufficient.

“...the new ANC government quickly set out to support the industry for the same reason as other arms-producing states: as a source of income, a catalyst for technological development and even hoped it could be used as a foreign policy instrument, in particular in Africa,” said Wezeman.

South Africa was also on the threshold of becoming a nuclear power with its well-developed clandestine programme to produce weapons of mass destruction – even while it remained ostracised by the global community. South Africa’s nuclear weapon programme was successful in producing seven weapons which were eventually destroyed under supervision of the International Atomic Energy Agency. Jayantha Dhanapala, a former U.N. Under-Secretary-General for Disarmament Affairs, told IPS that South Africa has the unique distinction of being the only country to have abandoned its nuclear weapons programme voluntarily – setting an example for other nuclear-armed states. In 1991, South Africa joined the Nuclear Non-Proliferation Treaty as a non-nuclear weapon state after destroying the weapons it had developed in a clandestine programme during 1974-1990, allegedly with Israeli collusion, he pointed out.

“President [F.W.] de Klerk, who shared the Nobel Peace Prize with the late Nelson Mandela, told me he was kept in the dark about the nuclear weapons programme until he became president when he decided to halt the programme,” said Dhanapala, one of the world’s best-known authorities on nuclear disarmament. He said it was fitting the treaty declaring the whole continent of Africa a nuclear weapon free zone should be named the Treaty of Pelindaba, named after the place where the South African nuclear weapon programme was located.

From here
Posted by ajohnstone at 3:01 AM