Rejected, the ANC and SACP !! 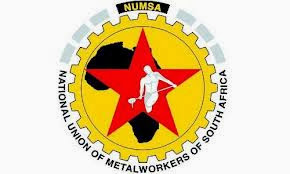 It is gratifying to Socialist Banner to witness at long last the ANC and the South African Communist Party being rejected by the workers, although it is not before time and need not have been as a result of the bloody slaughter of the miners’ union members by the ANC government.

The National Union of Metalworkers of South Africa, which calls itself  “the biggest union in the history of the African continent,” with 338,000 members, announced after a special congress that it would seek to start a socialist party aimed at protecting the interests of the working class.

"It is clear that the working class cannot any longer see the ANC or the SACP as its class allies in any meaningful sense," said Numsa leader Irvin Jim. “”..the ANC does not have an agenda for the working class. Why must we support it? If the ANC is not willing to support the interest of the working class, what must we do? That's our challenge. That's why we are being hated. We say ANC must ban labour brokers, do away with the national development plan and stop privatising public roads. Why must we fear to say that when the ANC by its own nature is a multiclass organisation?" said Jim.

It would now recruit openly in all the mining industry and welcome rival union National Union of Miners members who wanted to join Numsa. "We are no longer going to reject any worker who comes [from the NUM] to Numsa. If people want to take that as poaching, well, workers are not rhinos but human beings. The focus on Numsa membership must be rejected. [Cosatu] Public sector unions are recruiting among themselves. They [those opposed to the idea of Numsa recruiting in other sectors] can go to hell. We will recruit workers that come to us and want to belong to the organisation."

Hopefully, this will be the first step in the creation of one big industrial union for mining workers.

Socialist Banner, however, wonders just what is meant by the intended socialist party and sincerely hopes that it will not be yet another reformist organisation but truly revolutionary in its aspirations.
Posted by ajohnstone at 4:29 AM