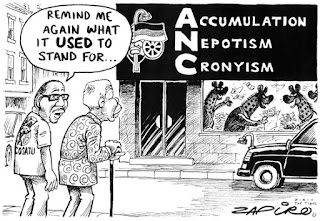 In 2014 it was found that two men (Johan Rupert and Nicky Oppenheimer) owned the same amount of wealth as the poorest 50% of the South African population.

Oxfam says South Africa is deeply unequal with the rich getting richer and the poor poorer. Its report says in 1993, as apartheid was coming to an end, the richest 10% of the population had a combined annual income of $36 billion. By 2011 this has grown to $69 billion. In comparison the poorest 10% earned a combined income of $1 billion. In all of 17 years this did not increase at all.

By 2011 the richest 10% (around 5 million people) had an income of $69 billion compared to the poorest 50% who had an income of $11 billion. This means “five million still mainly white people where now earning 6 times more than 25 million mainly black people”, says the charity.

The report states that while economic growth is often seen as the solution to the problem of economic inequality, the questions should be asked what is happening with regards to growth while this explosion in inequality is continuing? Some of the facts that needs to be considered are:


A growth of 40% in the total income meant nothing for the poor.