Tourism and The Gambia and Education 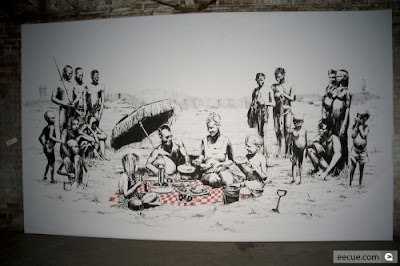 Statistics emanating from the United Nations World Tourism Organisation (UNWTO) and the World Travel and Tourism Council (WTTC) indicate that the tourist industry in Africa is rapidly growing. Even the threat of tourist attacks and hijackings has little, if any, impact on the increasing numbers of tourists streaming into the continent. It is, therefore, not surprising that many African countries claim that the tourist sector is one of their major, if not the main, source of hard currency.
However, a close scrutiny of the impact of tourism on the local people of these tourist destinations reveals a lot. This is particularly true of the very poor countries where there are virtually no natural resources. There is no doubt that few people are able to "make it "through tourism but these are mostly government officials or owners of hotels. Whereas officials - mainly in the ministries of tourism - use their positions to acquire ill-gotten properties through, for instance, the sale of plots of land in areas of high tourist concentration, the hoteliers exploit cheap labour from the seasonal workers. The state bags some income through taxes collected from both tourists and other tourist-related businesses, but as usual a large portion of such income finds its way into the pockets of corrupt officials.
Whilst this kind of looting on the part of a tiny group goes on, the youth are left to the mercy of predators who abound among the ranks of these tourists. It is common knowledge that tourists come here in search of sand, sun, sea and for some, sex. In our part of this world where poverty is the lot of the majority of the people, tourists who come with their dollars, Euro and pounds are seen as farmlands. Both old and young throng around the whites in the hope of getting something for the day. Many tourists are sympathetic and give out of pity. But some take this poverty as an advantage to realise their carnal desires. Consequently, an awful lot of children fall prey to these sex tourists.
These young victims are trapped in many ways. There are those tourists who manage to get pimps to supply them teenage boys and girls. These are the hit-and-run fun-makers. They pay (heavily), have their fun and the business is finished. Next time it’s a different girl or boy. Others establish long-term relations with these youths. Usually they start by offering to sponsor them through school. The schools fees are paid and the child in turn provides the fun. There is yet another kind who would normally rent a house where they would live with their semi-permanent victims and introduce them to people as their maids, houseboys, cooks etc. These kinds of tourists are commonly known as "repeaters" as they go and come back, sometimes three times in a year. Some of the tourists, in addition to exchanging money for love, also organise young girls and boys and produce pornographic videos, which they send back to the advanced and civilised world to do business with.
The common denominator in all of these cases is that the education of these victims, and they are countless, is compromised. In the first place, having been introduced to a cheap source of "income" (and a big one at that), the desire to pay attention to their education seriously diminishes. They are either following their white men and women from one tourist centre to the other (in the case of those who are so lucky to have a partner) or (for those who have not yet had found a white), they are seen combing the hostels for prospective tourist "friends".
The authorities and parents know very well that what is going on but they turn a blind eye to it. In Gambia, in 2004 for instance some of these people were caught red-handed recording pornographic videos of teenage girls (all of them students) and yet nothing came out it. All for fear of disturbing the tourist industry on which Gambia is heavily dependent. It is in fact true to say that they covertly encourage it. Where there are profits to be had, anything is acceptable!
Modou Ceesay
Posted by ajohnstone at 2:36 AM