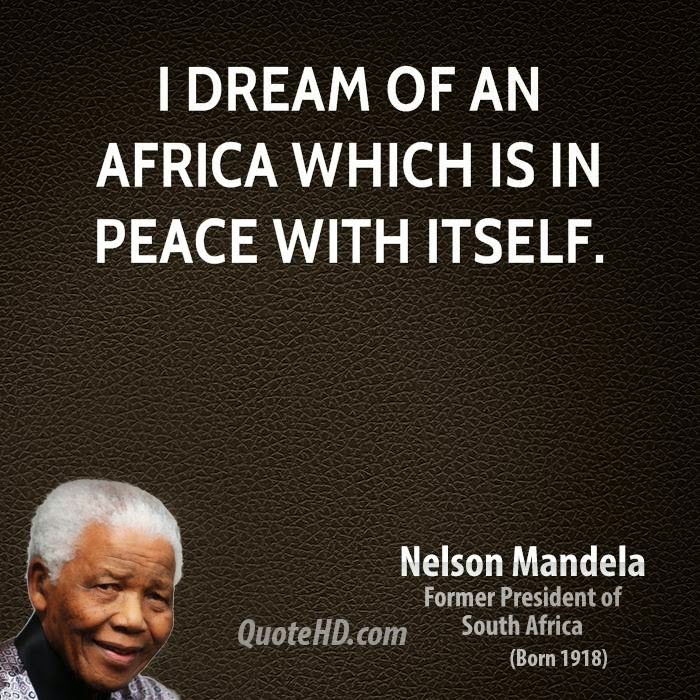 This article on Africa’s many wars makes pessimistic unsettling reading when it predicts that they will probably continue through 2015.

South Sudan’s civil war is one year old and still going strong. Neither Salva Kiir nor his challenger Riek Machar have any incentive to stop fighting, at least not until the next rainy season makes military maneuvers impractical—five months from now.

In Sudan, the civil war in Darfur, has slipped from the headlines in recent years, but in fact it’s as bad as ever. The same goes for the genocidal campaign that the regime in Khartoum is perpetrating against the people of the Nuba Mountains. President Omar Al Bashir’s grip on power looks with major demonstrations challenging his rule in the capital. As now-former heads of states from Tunisia’s Ben Ali to Burkina Faso’s Blaise Compaoré can attest, its hard hanging on to power indefinitely.

Central African Republic lost some of its media attention. Peacekeeping forces have regained a measure of control in parts of the country, although the caretaker government of Catherine Samba-Panza is still powerless. Rebels and militias still in control of much of the countryside—as well as parts of the capital—the country is looking at an uneasy stalemate.

Nigeria’s Boko Haram insurgency has seen more people die in the conflict in 2014 than in any previous year despite the Nigerian government throwing more and more troops and money at the problem. The crisis is unlikely to ease any time soon. Boko Haram has fractured and evolved beyond the control of the political masterminds who nurtured its growth.

Al Qaeda-affiliated groups are still active in the Sahel, especially in northern Mali. While the conflict between secessionist Tuareg rebels and the Malian government likewise continues.

Meanwhile in Libya, there’s little doubt that the violence will continue between secular forces loyal to Khalifa Haftar and Islamist militias.

All these conflicts have one thing in common—they’re all well underway. But what new conflicts which may possibly emerge in 2015?

Many conflict-prone countries have important elections in 2015.

Togo has already seen huge demonstrations against the continued rule of long-time president Faure Gnassingbé, who is running for re-election in 2015. Togo could potentially go the way of Burkina Faso, where an attempt by Blaise Compaoré to abolish constitutional term limits led to his violent ousting.

But war may escalate in Democratic Republic of the Congo, the Cameroon, Egypt’s and Tunisia’s fight with domestic terrorist groups or the Western Sahara conflict in Morocco. Plus the situations in Somalia and northeastern Kenya. There exists a potential for war between Ethiopia and Eritrea.

Somali piracy has been reduced to a shadow of its former glory in the face of a well-established international naval presence. Not a single large vessel was successfully captured off the Somali coast, although there were still regular attacks. The case is a bit different now in West Africa. Piracy is a growing problem along the continent’s western coast.

Lastly but not least, America’s war against terror and its use of drones attacks does little to calm explosive political situations.

Posted by ajohnstone at 4:09 AM

Email ThisBlogThis!Share to TwitterShare to FacebookShare to Pinterest
Labels: war