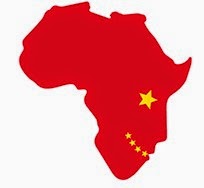 China is ramping up investment in Sub Saharan Africa as it searches for natural resources. Its foreign direct investment (FDI) in particular has played a prominent role in economic interactions with many developing countries. It's now one of the largest 'emerging' investors, especially in Sub Saharan Africa countries, it has investments being in Nigeria, Sudan, South Africa and Angola among others, but whether the benefits are mutually beneficial is questionable. What remains unclear is whether China's foray Africa has any real intention in helping to promote economic growth and development in these countries. Recently, the Bilateral Sino-African partnership has not yielded much competitiveness to Africa. There was no significant skill set development, nor adequate technological transfer or any measurable upgrade to the productivity levels in Africa.

China is in pursuit of oil, gas, precious metals and mining to diversify its energy resource import's pool; it requires other resources to sustain its manufacturing capabilities. Africa can offer all of these things to the world's second largest economy: about 40 percent of global reserves of natural resources, 60 percent of uncultivated agricultural land, a billion people with rising purchasing power and a potential army of low-wage workers. China has undertaken multiple investments in Sub Saharan Africa that most people believe are due its search for natural resources to feed its industrial output.

African countries are one of the fastest growing markets and profitable outlets for exported manufactured goods. In the past, the U.K. and France were the prime trade partners for Africa, however, today, China is Africa top bi-lateral trading partner with trade volume exceeding $166 billion. Between years 2003 and 2011, its FDI in the continent has increased thirty fold from $491 million to $14.7 billion. Not a long time ago, China eyed areas in Africa where resources were abundant and easy to extract. It focused on resource-rich countries such as Algeria, Nigeria, South Africa, Sudan and Zambia. Today, Sino-African investment focus has become broader. China is branching out into non-resource-rich investments, focusing on countries such as Ethiopia and Congo. Higher margins have attracted many state-owned enterprises and private companies to compete on gaining dominion in the vast continent. Oil, gas, metals and minerals constitute three-quarters of African-exports to China. Chinese Imports to Africa are more diverse, mostly comprised of manufactured goods. China has made considerable investments in the fields of infrastructure targeting key sectors including ports refurbishments, telecommunications, transport, construction and water disposal categorically. Geographically speaking, China has become an important partner of East Africa with some of its biggest projects in Uganda with an estimated total investment of $596 million in 2012 alone. China's increased presence in East Africa has gradually raised concerns about the economic development of these countries as well as the environmental and social sustainability of their natural resources.

The Chinese entry to the African market has collapsed the already frail and small and medium enterprises under increasing pressure from cheap Chinese Imports. According to one recent study, the Chinese growing presence in Africa has accrued a cost to the South Africa's economy in the range of 75,000 jobs in the years 2000-2011. China's relationship with Africa has often been described as "colonial", in which most of the benefits are far from mutual and often accrued to China. China has seemingly created a dependency for the African countries, without providing real structural help to show integration in the local communities. Exploitation of labor, protectionism of technologies and distance from the interests of a real wish for inclusion, the current activities of China in Africa, raise pressing doubts about supposed mutual benefits.

Posted by ajohnstone at 3:47 AM

Email ThisBlogThis!Share to TwitterShare to FacebookShare to Pinterest
Labels: China