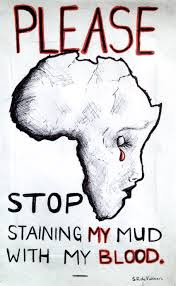 Contrary to the situation in other parts of the world where the number of poor people has declined, Nigeria and other sub-Saharan African countries currently account for half of the global poor.

Political leaders most of whom are used to mouthing the cliché that we have no business being poor. However, what most of them fail to understand is that poverty goes beyond the shortage of common things such as food, clothing, shelter and safe drinking water, all of which determine the quality of life. It is inclusive of educational attainment and gender inequality, for example.

According to most findings, poverty in sub-Saharan Africa can largely be attributed to the region’s venality and impuissant economic and social policies. Others assert that the region’s economic woes lie in the lack of well-structured institutions. However, poverty in sub-Saharan Africa could be traceable to a number of factors like lack of democracy, poor management of resource and revenues, high level of corruption, weak rule of law, and lack of infrastructure. Other factors which can also be both causes and after-effects of poverty are overpopulation, crime, war, discrimination, poor access to affordable health care, malnutrition, diseases such as malaria and HIV/AIDS, which overwhelmingly afflict poor sub-Saharan African countries.

The inability of governments to control or effectively manage things like erosion, desertification and overgrazing, geographic factors such as access to fertile land, fresh water, minerals, energy, and other natural resources have continued to contribute to the expanding poverty in the sub-continent. Yet those living in poverty, experts say, suffer lower life expectancy as millions of people die every year due to lower access to quality healthcare induced by poverty.

It is also important to tackle high level corruption which has in most of the countries, exacerbated the poverty of majority of the people. By diverting scarce resources to private hands at the expense of much needed projects such as schools, hospitals, roads and reliable institutions, poverty is being reinforced.

Posted by ajohnstone at 4:17 AM