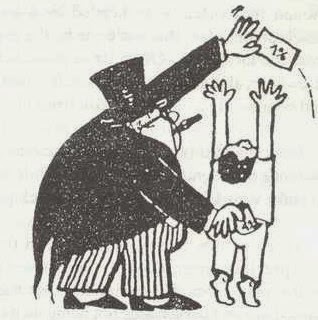 Sub-Saharan African countries still mobilise less than 17 per cent of their gross domestic product in tax revenues due to money earned either illegally, transferred illegally or utilized illegally.

Transfer pricing is whereby a mine sells at very low prices its product to a sister company abroad for further processing after which the processed product is sold at high prices in the international market, thus the mine can make losses so that its sister company outside makes super profits which the home country cannot tax.

All these are methods of shifting profit from the country where resources are being exploited to developed countries or other countries thereby swindling the country hosting the mineral resources.

There was a huge disparity on production figures, a situation that paints a picture of secrecy on operations of the sector. There is an indication that most of the minerals and subsequently the revenue are not coming into the fiscus, they are sold through the black market. The inconsistency on the figures shows that the country is being deprived of revenue by the officials in the companies and government officials who control mining.

Mineral resource extraction is a sector where we extract a finite resource. Where the mining government should have the maximum benefits. The reasons why the minerals are not benefiting much is leakages. It comes with corruption, illegal resource exploitation and illicit financial flows. The mining companies are using loopholes within the tax systems to avoid paying taxes. The diamond and gold sectors have serious undercovers, opaque networks which can only be located in powerful capital pockets. This means no taxes or royalties being paid. The net effect is that revenue to the government is so low and they cannot offer quality services to the people in terms of infrastructure development, provision of clean water, good medical services among others. It will also result in the government introducing more taxes and the poor will continue to be burdened through taxes.


Tax havens, the report pointed out, are the major facilitators of the illicit movement of resources out of developing countries, particularly in Africa, as they create incentives for corporations to shift their profits. "Apart from offering low to no taxes at all, tax havens offer very strong banking secrecy to both companies and individuals, making it extremely difficult, and in most instances impossible, for foreign authorities to obtain information about the account holders and the source of money," a joint study by the African Development Bank and Global Financial Integrity said. "Weak tax administrations coupled with multinational tax-avoidance schemes, engagement of multinational corporations in transfer pricing and other cross-border, intragroup transactions, negotiation of tax holidays and incentives and use of offshore investment accounts constitute about 60 per cent of illicit financial flows globally,"

Perhaps Bob Geldof should concentrate on the theft by existing "investors", rather than promoting the interests of new thieves