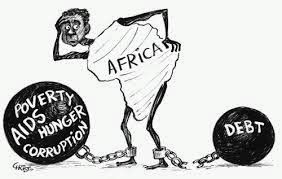 Almost two-thirds of Ethiopians are Christians, the majority of those Orthodox Copts - who have been in the Horn of Africa nation since the first century AD.  In the widely-reported incident in Libya, IS militants executed 28 Ethiopian migrants of Christian who had planned to cross the Mediterranean Sea in search of work in Europe. 16 Ethiopian migrants in one group on a beach were beheaded and shot 12 in the head in another group in a desert area. Eyasu Yikunoamilak and Balcha Belete, residents of the impoverished Cherkos neighbourhood in Addis Ababa, were among the victims, it was learnt, along with three other victims from Cherkos.

"Pervasive repression and denial of fundamental freedoms has led to frustration, alienation and disillusionment among most Ethiopian youth" - Yared Hailemariam, former senior researcher for the Ethiopian Human Rights Council (now Human Rights Council). These and other issues have prompted the exodus of Ethiopian migrants to Europe, according to several observers. "The idea that the majority of Ethiopian migrants relocate due to economic reasons appears flawed," contends Tom Rhodes, East Africa Representative of the Committee to Protect Journalists, in an email interview with IPS. Rhodes also maintained that the violation of fundamental freedoms is closely tied with poverty and economic inequality. The main opposition parties say that the government has failed to create job opportunities, making migration inevitable. The regime, they charge, favours members of the ruling Ethiopian People's Revolutionary Democratic Front and creates economic inequality. "The regime allocates state resources and job opportunities to members of the ruling party who are organised in small-scale and micro enterprises," noted Felix Horne, East Africa researcher with Human Rights Watch. The CPJ representative agreed. "Ethiopian government authorities tend to reward their political supporters and ethnic relations with lucrative political and business positions"

Dubbed an "African tiger", Ethiopia is one of Africa's most populous nations with 94 million people (Nigeria has 173.6 million). It has been celebrated for its modest economic growth over the last years. But the average unemployment rate (the number of people actively looking for a job as a percentage of the labour force) was stuck at 20.26 percent from 1999 to 2014. In its 2015 report, the World Bank shared this discouraging view. Some 37 million Ethiopians - one-third of the country's population - are still "either poor or vulnerable to falling into poverty", the World Bank said, adding that the "very poorest in Ethiopia have become even poorer" over the last decade or so. The U.N. Food and Agricultural Organisation (FAO) has estimated that about 29 percent of the population lives below the national poverty line. This explains Ethiopia's rank at 174 out of 187 countries on the U.N. Development Programme (UNDP) Human Development Index. The Oakland Institute, a U.S.-based non-governmental organisation that spotlights land grabs, was recently denounced by Ethiopian officials for its latest report 'We Say the Land is Not Yours'. The institute maintained that the government's development endeavours are "destroying the lives, culture, traditions, and livelihoods" of many indigenous and pastoralist populations, further warning that the strategy was "unsustainable and creating a fertile breeding ground for conflict."

More than half of Ethiopia's farmers are cultivating plots so small as to barely provide sustenance. These one hectare or less plots are further affected by drought, an ineffective and inefficient agricultural marketing system and underdeveloped production technologies, says FAO. Several studies indicate that this phenomenon has induced massive rural-urban migration. 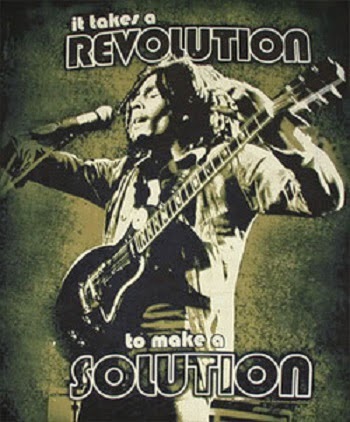 According to Yared Hailemariam, state ownership of land has contributed to poverty and inequality. "People don't have full rights over their properties so that they lack the motivation to invest," he stressed. The ruling regime insists that land will remain in the hands of the state, and selling and buying land is prohibited in Ethiopia. Yared also pointed out that the ruling party owns several huge businesses which has created unfair competition in the economy. "The party's huge conglomerates have weakened other public and private businesses" he told IPS. "Only the ruling party's political elites and their business cronies are benefitting at the expense of the majority of the people."


The tragic news of the massacre in Libya came amid news of xenophobic attacks against Ethiopian migrants in South Africa last week including looting and burning of properties. Unknown numbers of Ethiopian economic migrants are also trapped in the Yemeni conflict, according to state media.
Posted by ajohnstone at 1:49 AM