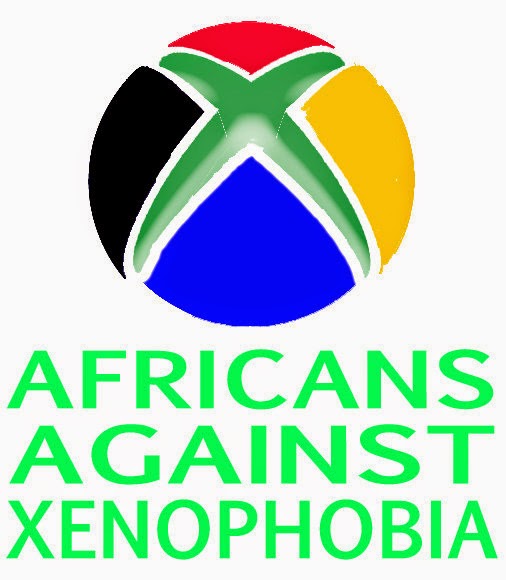 The Malawian government said Monday it would help repatriate its citizens from South Africa. Hundreds of Malawians escaping poverty back home move to South Africa every year in search of work. Over 1,000 foreigners in Durban have fled their homes and are now living in temporary camps, under police guard. Hundreds of people have been housed by the local Red Cross in Durban. South Africa's leading trade union has joined the condemnation of the latest wave of deadly attacks against foreigners. Cosatu's Bongani Masuku said even if there were genuine grievances, there was "no justification to direct our anger at other suffering people".

In August last year a massive study by the Gauteng City-Region Observatory, a joint project involving several universities and city governments, found that 35% of all respondents wanted “all foreigners” sent packing. “Deep dissatisfaction with the local sphere in particular, across the board, suggesting that the 2016 local elections are going to be very keenly fought,” the Gauteng City-Region Observatory concluded from its study. In such circumstances the candidate or party that reaches for the abundant anti-foreign national sentiment in some communities could, conceivably, have the edge over competitors. And in what some see as a vacuum of condemnation of xenophobia, they could well feel emboldened to do so.

“When the people come [to loot our shops] it is the politics,” said a Diepsloot shopkeeper, “People come when they are angry; they are not hungry. The leaders make them angry.”

Research link the violence to competition for local resources, not just in spaza-shop market share or government housing, but in political power.
“In explaining the timing and location of violence, this study’s findings are that in almost all cases where violence occurred, it was organised and led by local groups and individuals in an effort to claim or consolidate the authority and power needed to further their political and economic interests,” read the findings of a 2009 study published by the International Organisation for Migration.  “It therefore finds that most violence against non-nationals and other ‘outsiders’ which occurred in May 2008 is rooted in the micro-politics of the country’s townships and informal settlements.”

“The xenophobic attitude has been institutionalised,” said African Diaspora Forum (ADF) leader Marc Gbaffou. “We see institutions of the state excuse themselves from anything to do with migration, and we are saying ‘we are worried’.” He went on to say “We get these reports every week, of some [foreign nationals] chased away or killed. When somebody is killed the police come, but by that point somebody is already dead. Then, after fifty people break into a place in the daylight they say they can not find the criminals.”

A range of organisations and even the African Union’s peer-review mechanism, have all criticised the South African government’s lack of firm action since the widespread 2008 xenophobic attacks. An inter-ministerial committee on xenophobia came and went, then came and went again, a national action plan was drafted to combat xenophobia, along with racism and discrimination based on gender, speeches were made and statements issued. On the ground, though, those in the firing line are not feeling any more secure for these somewhat desultory efforts. The xenophobic atmosphere is just part of the bigger picture of extraordinary poor leadership by the ANC and President Zuma in particular. The euphoria of the "ANC" as our saviour is nothing but a misplaced bad dream. Poverty is the root of any form of xenophobia (a cousin of racism, as both are derivatives of hatred.) But, in general, this xenophobia is the fault of the ANC.

Ordinary people of South Africa are angry at the government. They misdirect their anger towards the ruling party by targeting the vulnerable, people are looking for someone to release their anger on. Yet, it makes absolutely no sense at all. If you're angry with the rulers you don't go and beat up the foreigner. Instead, you take steps against the government. In short, if people are angry with the government, then vote the government out. Of course, if the looting were purely acts of frustration against government alone you see would all shops everywhere being looted. These criminal acts are undoubtedly xenophobic - foreigners are being deliberately attacked. These acts are not random acts of violence or criminality. Crime targeted against foreigners is xenophobic in nature. If people were truly frustrated with their government you'd see them protesting in front of state property, clamoring for the current government to step down or at least to do something differently. The current government remains virtually untouched/unaffected by the looting of foreign spaza shops, meaning that the looting of foreigners does not and will not directly give an incentive for government provide employment, better service delivery for the people.

The only real sort of resistance to xenophobia is organisation and worker movements themselves. Without that, xenophobia is going to reign supreme and that is going to lead to destruction of any kind of resistance or progressive political organisation within South Africa.  Xenophobia means we will not be able to build a necessary social force that can provide a powerful deterrent to elements who want to exploit the kind of poverty of people for their own interest

Posted by ajohnstone at 2:38 AM