The Urbanisation of Africa

Sub-Saharan Africa is urbanising faster than anywhere else in the world. By 2025, Mckinsey estimates that more than 80 cities in sub-Saharan Africa will have populations of over one million. This rapid urbanisation means Africa's big cities will need more roads, hospitals and power stations, while growing numbers of new inhabitants will be buying consumer goods.

Lagos is one of the world's fastest growing cities and with a population of 20 million. In Lagos, plans are in place to develop the multi-billion euro Eko Atlantic city, a Dubai-style gated community that will boast chrome skyscrapers, business parks, palm trees and a marina 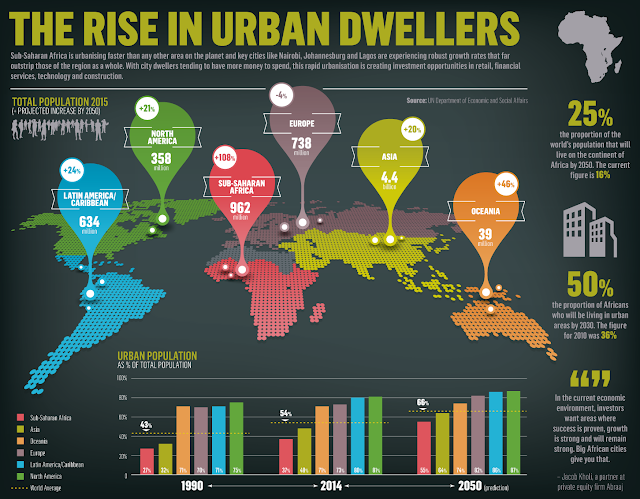 Posted by ajohnstone at 4:03 AM