The caprice of the capitalist market 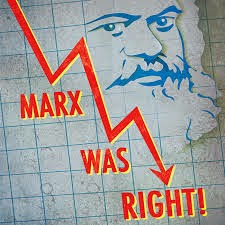 On the back of the start of iron exports in 2011, Sierra Leone became one of Africa's fastest growing economies. Growth soared from 6 percent in 2011 to over 20 percent by 2013.   The government hoped that rising tax returns from mining would give it resources to tackle high unemployment and rebuild infrastructure devastated by Sierra Leone's 1991-2002 civil war. Instead, the economy will contract by 12.8 percent this year as mining revenues dry up, according to the International Monetary Fund. Iron ore exports have plummeted from 4.1 million tonnes in the first quarter of 2014 to 1.8 million in the same period this year, according to the International Steel Statistics Bureau. London Mining, which operated Sierra Leone's Marampa mine, went into administration in October, citing debt, high costs, low iron ore prices and an outbreak of Ebola.

"Life has never been the same for me since I was laid off," says Abdul Kanu who said he was a casUal labourer at one mine. "We just went to work in November and we were told to go home! I've still not recovered from the shock".

A 60 percent slump in iron ore prices over the past year, amid a slowdown in Chinese consumption, has brought a bonanza that had been expected to last 60 years to a screeching halt. Piles of iron ore and rusting railway wagons in the deserted stockyard at the port of Pepel bear silent witness to a crisis engulfing Sierra Leone's mining industry and threatening others across West Africa. Across the region, dozens of mining projects that attracted investors when iron ore hit $190 per tonne in 2011, have either stalled or been abandoned as prices hover around $60 With analysts saying prices may stay low for years, it could sound a death knell for West Africa's iron ore industry.

At the height of the commodities boom last decade, West African countries became magnets for miners seeking untapped iron ore, diamonds, gold, bauxite and other minerals. In Pepel, locals anticipated an economic surge for their civil war-ravaged country when London-listed firm African Minerals started shipping ore four years ago from its Tonkolili mine. Discovered in 2008 and lying some 200 km (124 miles) to the northeast, Tonkolili is one of the world's largest iron ore deposits. The iron ore slump hit debt-strapped African Minerals hard. Prices fell below its high costs, forcing it to shut operations in November, and it went into administration in March after failing to repay its partner, China's Shandong Iron and Steel Group.

BHP, the world's largest mining company, and rival Rio Tinto are locked in a battle to become the lowest-cost iron producer, cranking up output from mines in Australia as they seek to squeeze competitors out of the market. Paul Gray, iron ore analyst at research firm Wood Mackenzie, said supply from West Africa could fall from 25 million tonnes this year to zero by 2017 if the market conditions persist. Most West African projects require a long-term price well above $100 per tonne to achieve an acceptable return, he said. BHP and Rio have average iron ore costs of around $20 a tonne in Western Australia and are cutting that further.

In current market conditions, it looked unlikely that Australian firm Sundance Resources' Mbalam mine in Cameroon would get developed or even the massive Simandou project in Guinea, in which Rio Tinto holds a stake, Gray said. "It is not looking good, it is looking worse by the day," Gray said. "Those projects which were looking shaky beforehand are now well and truly dead."

Hunter Hillcoat, analyst at bank and asset manager Investec, said there was scant incentive for Western companies to risk capital developing expensive and risky projects in West Africa given that the iron ore market remained in oversupply. "I think it's is dead until the next decade or even longer," Hillcoat said, saying projects in Congo Republic, Cameroon and Gabon were likely to remain frozen. "There was a lot of potential in the area, just there wasn't the right infrastructure."

Colin Hamilton, head of commodity research at Macquarie, explained, "In a world where Chinese steel production growth has slowed to low single digits there is no need for new iron ore supply."

Posted by ajohnstone at 2:17 AM